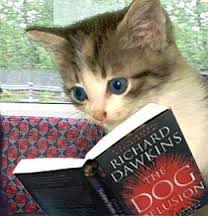 Richard Dawkins has emerged as the enfant terrible of the movement known as the New Atheism. His best-selling book The God Delusion has become the literary centerpiece of that movement. In it Dawkins aims to show that belief in God is a delusion, that is to say, “a false belief or impression,” or worse, “a persistent false belief held in the face of strong contradictory evidence.”1 On pages 157-8 of his book, Dawkins summarizes what he calls “the central argument of my book.” Note it well. If this argument fails, then Dawkins’ book is hollow at its core. And, in fact, the argument is embarrassingly weak.

It goes as follows:

1.    One of the greatest challenges to the human intellect has been to explain how the complex, improbable appearance of design in the universe arises.

2.    The natural temptation is to attribute the appearance of design to actual design itself.

3.    The temptation is a false one because the designer hypothesis immediately raises the larger problem of who designed the designer.

4.    The most ingenious and powerful explanation is Darwinian evolution by natural selection.

5.    We don’t have an equivalent explanation for physics.

6.    We should not give up the hope of a better explanation arising in physics, something as powerful as Darwinism is for biology.

This argument is jarring because the atheistic conclusion that “Therefore, God almost certainly does not exist” seems to come suddenly out of left field. You don’t need to be a philosopher to realize that that conclusion doesn’t follow from the six previous statements.

Indeed, if we take these six statements as premises of an argument intended to logically imply the conclusion “Therefore, God almost certainly does not exist,” then the argument is patently invalid. No logical rules of inference would permit you to draw this conclusion from the six premises.

A more charitable interpretation would be to take these six statements, not as premises, but as summary statements of six steps in Dawkins’ cumulative argument for his conclusion that God does not exist. But even on this charitable construal, the conclusion “Therefore, God almost certainly does not exist” simply doesn’t follow from these six steps, even if we concede that each of them is true and justified. The only delusion demonstrated here is Dawkins’ conviction that this is “a very serious argument against God’s existence.”2

So what does follow from the six steps of Dawkins’ argument? At most, all that follows is that we should not infer God’s existence on the basis of the appearance of design in the universe. But that conclusion is quite compatible with God’s existence and even with our justifiably believing in God’s existence. Maybe we should believe in God on the basis of the cosmological argument or the ontological argument or the moral argument. Maybe our belief in God isn’t based on arguments at all but is grounded in religious experience or in divine revelation. Maybe God wants us to believe in him simply by faith. The point is that rejecting design arguments for God’s existence does nothing to prove that God does not exist or even that belief in God is unjustified. Indeed, many Christian theologians have rejected arguments for the existence of God without thereby committing themselves to atheism.

So Dawkins’ argument for atheism is a failure even if we concede, for the sake of argument, all its steps. But, in fact, several of these steps are plausibly false in any case. Take just step (3), for example. Dawkins’ claim here is that one is not justified in inferring design as the best explanation of the complex order of the universe because then a new problem arises: Who designed the designer?

This objection is flawed on at least two counts.

First, in order to recognize an explanation as the best, one needn’t have an explanation of the explanation. This is an elementary point concerning inference to the best explanation as practiced in the philosophy of science. If archaeologists digging in the earth were to discover things looking like arrowheads and hatchet heads and pottery shards, they would be justified in inferring that these artifacts are not the chance result of sedimentation and metamorphosis, but products of some unknown group of people, even though they had no explanation of who these people were or where they came from. Similarly, if astronauts were to come upon a pile of machinery on the back side of the moon, they would be justified in inferring that it was the product of intelligent, extra-terrestrial agents, even if they had no idea whatsoever who these extra-terrestrial agents were or how they got there.

Second, Dawkins thinks that in the case of a divine designer of the universe, the designer is just as complex as the thing to be explained, so that no explanatory advance is made. This objection raises all sorts of questions about the role played by simplicity in assessing competing explanations—for example, how simplicity is to be weighted in comparison with other criteria like explanatory power, explanatory scope, plausibility, and so forth. If a less simple hypothesis exceeds its rivals in explanatory scope and power, for example, then it may well be the preferred explanation, despite the sacrifice in simplicity.

But leave those questions aside. Dawkins’ fundamental mistake lies in his assumption that a divine designer is an entity comparable in complexity to the universe. As an unembodied mind, God is a remarkably simple entity. As a non-physical entity, a mind is not composed of parts, and its salient properties, like self-consciousness, rationality, and volition, are essential to it. In contrast to the contingent and variegated universe with all its inexplicable physical quantities and constants (mentioned in the fifth step of Dawkins’ argument),3 a divine mind is startlingly simple. Certainly such a mind may have complex ideas (it may be thinking, for example, of the infinitesimal calculus), but the mind itself is a remarkably simple entity. Dawkins has evidently confused a mind’s ideas, which may, indeed, be complex, with a mind itself, which is an incredibly simple entity.4 Therefore, postulating a divine mind behind the universe most definitely does represent an advance in simplicity, for whatever that’s worth.

Other steps in Dawkins’ argument are also problematic; but I think enough has been said to show that his argument does nothing to undermine a design inference based on the universe’s complexity, not to speak of its serving as a justification of atheism.

Several years ago my atheist colleague Quentin Smith unceremoniously crowned Stephen Hawking’s argument against God in A Brief History of Time as “the worst atheistic argument in the history of Western thought.”5 With the advent of The God Delusion the time has come, I think, to relieve Hawking of this weighty crown and to recognize Richard Dawkins’ accession to the throne.

2    Ibid., 157. Indeed, he fancies himself to have offered a “devastating” and “unrebuttable refutation” of God’s existence.

3    Otherwise known as the fine-tuning of the universe for life. The optimism expressed in step (6) of Dawkins’ argument with respect to finding a physical explanation for the cosmic fine-tuning is really quite baseless and represents little more than the faith of a naturalist. For discussion of the design argument from the fine-tuning of nature’s constants and quantities, see William Lane Craig, Reasonable Faith, 3rd ed. (Wheaton, IL: Crossway, 2008), 157-79.

4    His confusion is evident when he complains, “A God capable of continuously monitoring and controlling the individual status of every particle in the universe cannot be simple. . . . Worse (from the point of view of simplicity), other corners of God’s giant consciousness are simultaneously preoccupied with the doings and emotions and prayers of every single human being—and whatever intelligent aliens there might be on other planets in this and 100 billion other galaxies” (God Delusion, 149). This conflates God with what God is thinking about. To say that God, as an immaterial entity, is extraordinarily simple is not to endorse Aquinas’ doctrine that God is logically simple (rejected by Dawkins on 150). God may have diverse properties without having the sort of complexity Dawkins is talking about, namely “heterogeneity of parts” (ibid., 150).