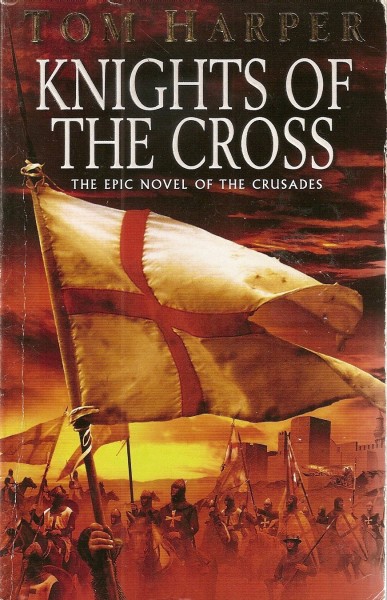 Knights of the Cross by Tom Harper

Tom Harper – Knights of the Cross

This is a fascinating novel set during the First Crusade 1097-98 after the crusade had passed through the Byzantine Empire and the recently Turk occupied regions in Asia Minor and focussed on the siege of Antioch. Harper uses historical figures in fictional scenes centred around a murder investigation by a Greek scholar/soldier called Demetrios commissioned by one of the Frank nobles on the Crusade. The novel graphically describes the brutality and the barbarity of the fighting, the ambitions of the Frankish nobles (Provencales from France, Germans from Lorraine, Normans from Sicily and Normandy), the weakness of the Byzantine Emperor, the importance of relics and the role of the medieval Catholic church and the bewilderment of the Greek investigator and his Varangian contingent. If you’ve never really thought about this part of history before it gives you a feel of Harper’s speculations of how the Crusader Kingdom of Antioch was formed and Harper’s construction of the character of it’s first Lord Bohemond.

Feel free to review this or make a comment on the book or the review here.