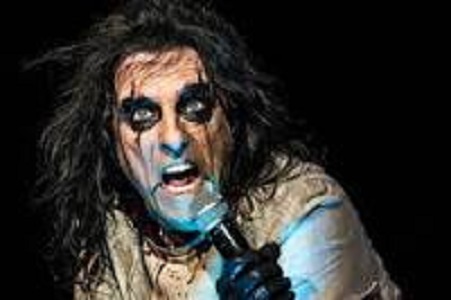 reproduced from the original article in the The Daily Wire,

In an interview with the New York Daily News’ Confidential published Sunday, legendary rocker Alice Cooper said his personal relationship with Jesus Christ saved him from going the way of Jim Morrison and Jimi Hendrix.

Cooper gave the interview a week ahead of the debut of NBC’s live version of “Jesus Christ Superstar,” starring John Legend and featuring Cooper as King Herod, the role he played back in 1996 when he recorded what writer Andrew Lloyd Webber called the “definitive” version of “Herod’s Song.”

While Cooper did talk some with Confidential about the new production, what earned the headline was his account of his journey out of a self-destructive rock and roll lifestyle 37 years ago, for which the now 70-year-old rocker credits Christianity.

“Everything that could go wrong was shutting down inside of me,” he said. “I was drinking with Jim Morrison and Jimi Hendrix and trying to keep up with Keith Moon and they all died at 27.”

Thirty-seven years ago, one of his binges landed him in a hospital, where a doctor diagnosed him as a “classic alcoholic.” Cooper told Confidential his desire to drink ended that day as he faced the reality that he must put the bottle down or die. His return to his Christian roots is what prevented him from falling back into his unsustainable lifestyle.

“My father was a pastor, my grandfather was an evangelist. I grew up in the church, went as far away as I could from it — almost died — and then came back to the church,” he said.

“There’s nothing in Christianity that says I can’t be a rock star,” he said. “People have a very warped view of Christianity. They think it’s all very precise and we never do wrong and we’re praying all day and we’re right-wing. It has nothing to do with that. It has to do with a one-on-one relationship with Jesus Christ.”

Part of the reason he was able to keep himself on the straight and narrow was his wife, whom he married in 1976 and who is also a Christian, and the couple’s commitment to reading the Bible and staying connected in their church. Cooper told the outlet that he has never been unfaithful to his wife, performs a daily Bible study, and regularly attends church on Sunday.

Cooper’s testimony about the power of faith to combat addiction echoes the teachings of the world’s most prominent and successful addiction program, Alcoholics Anonymous, which emphasizes the necessity of putting one’s faith in a higher power in its famous Twelve Steps: