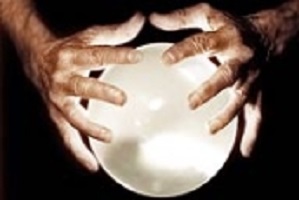 In Control of your own Destiny

How much control do we have over our own destinies? I was asked by the editor to write a short summary paper on this matter after a father was prompted to respond to his teenage son’s questioning. I had this discussion with one of my son’s not so long ago. This is essentially what I told him.

There clearly are many things related to our future over which we have no control. An example is biologically determined elements, such as our genome, our race, our family tree, who are our biological parents and siblings. Other things related to ‘accidents’ of time and place, such as whether we are born into poverty, or in a lawless place, or environmental pestilence.

There clearly are many things related to future over which we have some control. An example is our health, aging and death. Clearly these things are already biologically determined but we have some ability to alter them. For example, cigarette smoking ages people and we can avoid unnecessary aging by not smoking. We can avoid contracting infectious disease which may alter our lifespan by taking precautions eg, ebola virus infection or HIV/AIDS.

There are clearly things related to our own personal futures over which we have a great deal of control. We make decisions every day which demonstrates this control. Often we make decisions based on our own assessment of the information we have available. Depending on our educational level, our inclination and other pressures around us, we will make choices in many situations.

From the Bible’s perspective, God intervenes and provides additional information and even manipulates our inclinations.

From the Bible’s perspective God also manipulates others around us, events in our ‘biological cosmos’ which may alter our lifespans, He manipulates world events, and He manipulates the physical universe under whose physical laws we are confined.

The God of the Bible is an interventionalist.

It seems to me that to believe that this universe, and our existence in it, is like a clock in motion totally confined to the operation of physical laws which we uncover scientifically is a matter of ‘faith’. I have a different ‘faith’ – that God is intervening all the time, regardless of the physical laws of the universe, and he can accomplish any outcome he wishes, whether we cooperate or don’t cooperate. Our destinies are not simply under our control.

So how can both be true; that we are in ‘control’ of our destinies, and that God is in ‘control’ of all things. Ultimately, there are two things about God which help explain this apparent paradox. It isn’t actually a paradox because God knows all things before they happen, and because His power is limitless. God has foreknowledge and He is Almighty, able to manipulate every thought, inclination, event and physical restraint that affects us.

A classic example of this from scripture is that when we become Christians, we choose God because he chose us first. It is described in different ways. He already knows our inclination is to ignore him or fight him. So he changes our inclination so that we are truly free to chose Jesus whom He reveals as Lord and saviour. The Bible states that he foreknew our responses both against and for Him, and predestined our salvation through Jesus. This predestiny is possible because he can change our inclination against Him, then manipulate the world around us to ensure that we hear the ‘good news’ about Jesus, at which we turn to Him in ‘faith’. We don’t know God’s reason for acting in our individual circumstances, but no-one genuinely turns to God without this intervention occurring.

Usually, God just lets us experience the consequences of our own choices, whether in ignorance or rebellion. He lets us be in control of our own destiny. But in the end we die, trapped within the confines of universal laws which determine our biological expiry. So even without God’s intervention, our control over our destiny is limited.

Two biblical examples where God lets us be in control of our own destinies in accordance with our ‘inclination’ to rebel against him can be found in the book of Romans Chapter 1:18ff. It reveals that human ‘inclination’ is to ‘exchange’ the ‘truth’ about God for ‘lies’ dreamed up by the ‘human mind’. The ‘highest’ example is enabling the inbuilt human inclination to ‘worship’ to be directed at human ‘constructs’ rather than the living God. ‘Constructs’ such as religion, ideology or science. Such redirection then justifies and promotes other human behaviour which is offensive to God, such as homosexuality and adultery. God just ‘hands’ people ‘over’ to the behaviours and destinies they have chosen. In the same way, godless societies and governments are ‘handed over’ to the destinies they choose. This ‘handing over’ has more sinister elements related to it biblically, but at it’s simplest it refers to letting us determine our own destinies until we die.

I suggest in conclusion that it is not a good idea to be totally in control of our own destiny. At best we might have fun for a while, but eventually, we’ll screw it up. History shows us that we always do. Thank God he doesn’t totally leave us to our own destinies. He lets us influence our future but ultimately He determines it, based on his foreknowledge of our choices and his own determination regarding us.