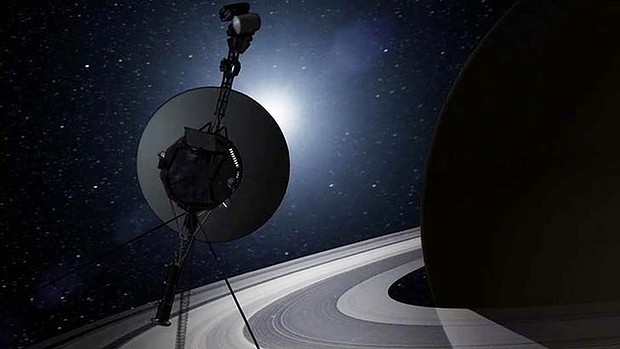 The Fathers of Science Were Christians

The Christian worldview is often inadequately presented and defended.

The fathers of science as you know were Christians. As such they expected that the world would be intelligible, understandable, exhibit predictability and regularity and demonstrate the glory of God. Cultures such as China have languished in the past because their worldview was not theistic and hence they did not have a Christian heritage where science developed and flourished in a theistic framework. Numerous early great scientists were theists (many were Christians) to which modern science owes debt, these include Newton, Kepler, Copernicus, Galileo, Boyle, Pasteur and Mendel. These forefathers of science correctly perceived no contradiction between science and theism, as did Sir Francis Bacon:

I had rather believe all the fables in the Legend, and the Talmud, and the Alcoran, than that this universal frame is without a mind. And therefore, God never wrought miracle, to convince atheism, because his ordinary works convince it. It is true, that a little philosophy inclineth man’s mind to atheism, but depth in philosophy bringeth men’s minds about to religion; for while the mind of man looketh upon second causes scattered, it may sometimes rest in them, and go no further; but when it beholdeth the chain of them confederate, and linked together, it must needs fly to Providence and Deity.

Francis Bacon, The Essays Of Atheism

Atheism and agnosticism cannot explain the regularity, intelligibility, and laws of nature – these essential assumptions (which are rooted in theism) are indispensable for the scientific endeavour to be possible in the first place. Methodological science (which all scientists engage in; theists or not) seeks to explain natural phenomena mechanistically. At beginning of The Royal Society, it was agreed not to invoke God in seeking to understand the workings of the natural world.

[Members of the Royal Society agree to] meddle no otherwise with Divine things, than onely as the Power, and Wisdom, and Goodness of the Creator, is display’d in the admirable order, and workmanship of the Creatures. It cannot be deny’d, but it lies in the Natural Philosophers hands, best to advance that part of Divinity: …which, though it fills not the mind, with such tender, and powerful contemplations, as that which shews us Man’s Redemption by a Mediator; yet it is by no means to be pass’d by unregarded: but is an excellent ground to establish the other.

However, this agenda does not deny the existence of God at all – it’s just that this discipline of knowledge, by it’s very nature is incapable of disproving God. It is a categorical error because science explores mechanism and not agency. How ironic then, that modern atheistic scientists will try to disprove God with this discipline of knowledge which would not exist without the implicit assumptions of theism – that God created and sustains the cosmos and bears the hallmarks of His power and wisdom (e.g. Ps 19 and Romans 1:18-20). Even Einstein was not atheist, he was a deist.

… there also belongs the faith in the possibility that the regulations valid for the world of existence are rational, that is, comprehensible to reason. I cannot conceive of a genuine scientist without that profound faith. The situation may be expressed by an image: science without religion is lame, religion without science is blind.

Honest thinkers like Richard Lewontin (who is not a believer) have correctly summarised the a- priori assumptions of atheists which guarantee that naturalism will always trump supernaturalism (i.e. God) as an explanation for our cosmos and the deeper questions in life:

Our willingness to accept scientific claims that are against common sense is the key to an understanding of the real struggle between science and the supernatural.

We take the side of science … in spite of the tolerance of the scientific community of unsubstantiated just-so stories, because we have a prior commitment to materialism.

… we are forced by our a priori adherence to material causes to create an apparatus of investigation and a set of concepts that produce material explanations, no matter how counterintuitive, no matter how mystifying to the uninitiated.

… Materialism is absolute, for we cannot allow a Divine foot in the door.

I want atheism to be true and am made uneasy by the fact that some of the most intelligent and well-informed people I know are religious believers. It isn’t just that I don’t believe in God and naturally, hope there is no God! I don’t want there to be a God; I don’t want the universe to be like that.

Science must be distinguished from Scientism. It has its roots in the Scottish philosopher, David Hume:

The nobel laureate, Sir Peter Medawar has correctly remarked that science is incapable of answering the simple questions of a child:

The … limit to science is, however, made clear by its inability to answer childlike elementary questions … such as: How did everything begin? What are we here for? What is the point of living?

This is because these important questions are not within the capability of science to answer.
Scientism is where science is viewed as ultimate being the only legitimate discipline of knowledge. It is purported to answer all the questions in life, including the deep questions that Dr Medewar knows to be an inherent limitation of science. Furthermore, scientism is self-refuting because scientism itself cannot be scientifically proven. It cannot meet it’s own standards. As you have stated James, the epistemology of scientism is much too narrow  – it denies other disciplines of knowledge such as the arts and aesthetics, philosophy and logic, mathematics, metaphysics, ethics and morality, history and economics. Science must assume and accept the truth of logic and mathematics but it cannot prove them.

Einstein and Sir Arthur Eddington, realised that Einstein’s law of general relativity implied a beginning to the universe and to Einstein’s dismay this implied the existence of God that he was trying to deny. The cosmological argument is now one of four arguments for the existence of God that is robust and successfully argued in debates with atheists in academic circles.

Please see the attachment which details the argument in more detail. In essence the logical conclusion is that the cause of the universe must necessarily transcend space, time and matter – it is spaceless, timeless, unchanging, immaterial, uncaused personal agent – which is entirely consistent with the God of the Bible who is an eternal spirit.

I won’t detail the other arguments for God but just list them:

Each of the four arguments are syllogistic arguments (i.e. deductive reasoning, ala this famous Greek philosopher, Aristotle). Each of these are independent arguments for the existence of God via natural revelation – i.e. natural theology or inferred by revelation of God in the natural world. See attachment Does God Exist.doc  for more details. The Genetic Information argument dismisses the theory that life can arise by random, unguided and unintelligent processes because intelligence is the best explanation for information.

The argument for resurrection of Christ is based on inference to the best explanation of four widely accepted historical events:

The criteria for establishing the best explanation of these historical observations have been detailed by a Melbourne philosopher C Behan McCullagh and include:

Again, see attachment for more details: Resurrection of Jesus, Resurrection of Jesus Christ_Contemporary Scholarship & The Historical Evidence
Acts 17 reminds us that Jesus’ resurrection is the universal proof that HIs radical claims should be taken seriously:
He commands all people everywhere to repent. For he has set a day when he will judge the world with justice by the man he has appointed. He has given proof of this to everyone by raising him from the dead. Acts 17:30b-31
None of the above arguments depend upon whether God created the world in 7 days or not. They do not demand the atheist to accept the Bible as the inerrant and inspired Word of God.

The man of science is a poor philosopher. Albert Einstein

Richard Dawkins is no exception. Please see the attachment for a critique of his central argument in the God Delusion. Dawkins Delusion_2011.  The next attachment is quite lengthy for your reference if needed; you may not necessarily want to read all of it, New Atheism and Five Arguments for Existence of God_2010.docx

“What the the heart desires, the mind justifies.” Intellectual arguments are often the means to justify one’s rejection of God. It is encouraging to see that the Christian faith can robustly withstand the intellectual onslaught of atheists. The average modern Christian is ill-equipped to deal with the arguments of atheists – Christian apologetics is not taught because it is a neglected branch of theology in most churches. I have found the following website to be an invaluable resource: http://www.reasonablefaith.org. Finally, I wholeheartedly agree [that] the witness of the Holy Spirit is essential and without His conviction, His work and His leading, these intellectual discussions on their own would not lead to the joy, satisfaction and abundance of eternal life in Christ.

5 links to attachments quoted in the essay —