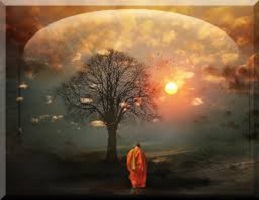 Wave Particle Duality and the Philosophy of Science

I think I understand the gist of this article.

It’s almost impossible to delve into this subject without involving metaphysics and philosophy, including philosophy of science.

The problem of wave-particle duality raises a number of issues. The most significant being the implicit and reasonable assumption that logical contradictory states of affairs must be false based on Aristotle’s basic rules of logic regarding identity and non-identity. Hence, logical contradictions such as married bachelors, round squares and “healthy persons who are dying of cancer” cannot be true, i.e. they must be false.

My understanding of the philosophy of science is that scientific knowledge and ontology can be categorised into at least 3 of the following:

This is the view which asserts that scientific explanations of our world is a true description or representation of the state of affairs of the real and actual world. In other words, things like black holes, dark matter, dark energy, quarks, electrons, photons etc. really do exist.

Proponents of this view are primarily focused on whether a hypothesis or theory possesses adequate explanatory power and explanatory scope to account for scientific data about our world. Furthermore, a good scientific theory will enable scientists to accurately predict outcomes, is falsifiable and will provide scientists with further scientific projects to test the theory by experimentation. Scientific anti-realists are not so much interested in whether scientific hypotheses or theories are a true description of the actual world but if it happens to be so, all the better.

Depending upon one’s metaphysical and philosophical position, the real and actual world may be solely material, primarily metaphysical and/or combination of both. Scientism is an epistemological position that regards all reality as being ultimately explainable by reference to physics and chemistry only. It is closely related to the ontological position of materialism which recognises that only material substances exist and that other non-material substances either emerge from and are dependent material substances (e.g. consciousness, mind and soul) or are illusory (e.g. mental properties such as libertarian free-will, deities and spiritual beings).

At the outset, one of course does not necessarily need to be a Christian to embrace any of the above views. For the atheist and agnostic who engages in science, they will most naturally prefer a philosophical position of scientism and materialism as providing accounts for knowledge of and for existence of the actual world.

Some scientists will take to the position of SR and they will consider that good scientific theories are true descriptions of the actual world. However, they may also regard developing scientific hypotheses as SAR proponents would, that is, these hypotheses are not necessarily representative of the AW. They may withhold judgement on the truth status of such hypotheses until they have been thoroughly tested and have been found to consistently reproducible yielding predictable results and eventually these hypotheses become accepted by the mainstream scientific community. In other words, scientific knowledge is seen to move from initially an epistemological discipline where the challenge is to accumulate and develop knowledge about the AW to one where eventually the ontology or existence of scientific entities are adequately accounted for.

In the same manner that quantum physics provides an account of the subatomic world that Newtonian physics cannot, I regard the current challenge of wave-particle duality as being an epistemological problem rather than an ontological problem. If one is to adopt a rational position and recognise that logical contradictory states of affairs cannot exist, then one will adopt the position of SAR regarding the current wave-particle theory, i.e the current theory provides an explanation that is not necessarily a description of the true state of affairs in the actual world. The solution to the scientific problem of wave-particle duality may be one of scientific epistemology where eventually there will be a satisfactory scientific theory that accounts for the present apparent contradictory findings. Up this point, one does not necessarily need to be theist or atheist to arrive at such a scientific-philosophical position. One merely needs to adopt methodological naturalism[1], which is the normative position that both scientists of all religious and philosophical persuasions usually adopt in their daily occupational activities.

As discussed in your article, we affirm as Christians that on the basis of divine attributes (particularly divine aseity, not to mention omnipotence and omniscience) which have made known to man by divine revelation, the AW is thoroughly and adequately explained by an ultimate, metaphysical necessarily existent, immaterial personal being, God. It is God who accounts for the existence of all other substances which includes our time-space-matter cosmos. We can affirm there is a quantum reality which appears to exhibit both wave and particle properties which God has created. Like other material substances within our cosmos, it is real and exists but our present inability to resolve whether the substance is an actually a wave, a particle or something else is an epistemological limitation and not a logical contradiction of ontology, i.e. we affirm that such a substance cannot simultaneously exist as both a wave and particle and whatever the state of affairs is for this substance, God is the ultimate explanation for its existence. Finally, we also affirm that God’s omnipotence does not encompass the ability to actualise logically contradictory states of affairs (because they are false and don’t exist) such as round squares and in this a case, a quantum reality which cannot simultaneously exist as both a wave and a particle.

[1] Methodological naturalism is what the early founders of science (e.g. Francis Bacon) adopted when they set out to explore the natural world. They recognized that God who has created a cosmos which exhibits intelligibility as evidence of personal agency behind its existence and evidence of divine grandeur including God’s knowledge. The scientific endeavor is by no means antithetical to faith in God. Scientific forefathers assumed divine creative and sustaining power but developed a disciple of knowledge (i.e. science) that preferentially sought materialistic and naturalistic explanations to account for the properties and the regular behavior of material substances within our cosmos. Many modern scientists are atheists and agnostics who ignore the metaphysical basis for the intelligibility of the cosmos. Einstein recognized this phenomenon as a deist. Whether a scientist is theist, deist or atheist, it is impossible to conduct science without the assumption that the cosmos is intelligible.