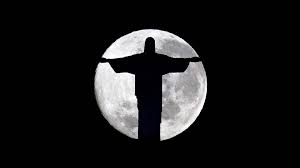 pay lip service  to him

The crowds  in  churches are blind

But refuse to treasure in their hearts,   the treasure of life

The Muslims despise him & his followers

the raving hoards devouring the nations

trade christ for a  demon spirit of the desert

howling, echoing  the hatred of the Brigand from hell

the world does not know him at all

intoxicated  by their materialism

they can not see  the truth, the source of wisdom

& romantic religious notions,  They hide  the lord of life

in the evil nights men stray, & are devoured by their sins

tortured by their diseased souls, deceived by proud minds

they choose to worship dead saints & hope in lies,

they cling to any thing but True Life

the  one that dies daily &

lays all at his feet

& thirsts for the truth

And is drawn by the spirit

To the unending fountain

Pouring from that shameful cross

You must drink the blood

Which pours from the  heart of god

do not exchange the vile works of man

for The priceless grace

Do not defile the true & living way

with the prostitute of religion

you may say then, how shall we know him

with what knowledge find him ?

Yet Only if he himself reveals his face

Can he be really known

For He is still a god who hides himself

He always has walked though the crowds,

He is still being spat upon & humiliated  today

Whether by men of religious madness or political pomposity

Stripped naked, nailed to the cross, mocked by the world

While his followers deny & disgrace him daily

Oh may he come soon, to judge the wicked

& to comfort his stricken forlorn lambs

may I be found, to be true & in love with him

his blood my only  treasure

his words my greatest weapon

to be nothing of my own, & filled with him alone

to rest in the shadow of

He Who slaughtered  his only son

to turn his rightful fury from man

may I look upon him

but  we can only look upon him together

who has redeemed us

to forgive & love one another

A mysterious pilgrim, prophetic, and ever watchful.