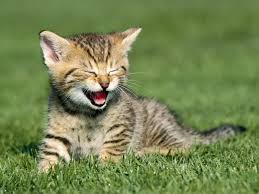 Lots of people have sent humor into thedebriefing.net

However, even though it breaches codes of political correctness, jokes are often pointing the finger at some practise or area of group identity. No offense is intended. Post your jokes here.

An Irishman is stumbling through the woods, totally drunk, when he
comes upon a preacher baptizing people in the river. He proceeds into
the water, subsequently bumping into the preacher. The preacher turns
around and is almost overcome by the smell of alcohol, whereupon, he
asks the drunk, “Are you ready to find Jesus?”
The drunk shouts,
“Yes, I am.”

So the preacher grabs him and dunks him in the water. He pulls him
back and asks, “Brother, have you found Jesus?”

The drunk replies,
“No, I haven’t found Jesus!”

The preacher, shocked at the answer,
dunks him again but for a little longer. He again pulls him out of the
water and asks, “Have you found Jesus, brother?”

The drunk answers,
“No, I haven’t found Jesus!”

By this time, the preacher is at his wits end and dunks the drunk
again — but this time holds him down for about 30 seconds, and when
he begins kicking his arms and legs about, he pulls him up.

The preacher again asks the drunk, “For the love of God, have you found Jesus?”

The drunk staggers upright, wipes his eyes, coughs up a bit of water,
catches his breath, and says to the preacher,
“Are you sure this is where he fell in?”

Direct link to your bank account, congregation can transfer their free will tithes and offerings using their I – phone or cortical RFID chip.

Music presets, including minor key cadenzas  for altar calls, have been shown to increase conversion rates, and offerings !

Dial a sermon App, can deliver a scrolling sermon on any subject, which

can be easily read, with google glasses,  enabling the preacher to look directly at the congregation, allowing constant eye contact. No need to ever prepare a sermon ever again

Suited to the nostalgic congregation that believes that church should never change, and that ‘the old days are best.’

Low frequency echo effect, guaranteed to create an atmosphere of spirituality and inspire audiences to utter subliminal  holy ‘mms’ and ‘ ahhs’ and ‘ amens’

Has an option for a package with the “ megalith” pipe organ.

Multicultural and Pluralistic Capability for example, is gay non offensive, and gender neutral.

Can be ‘islamized’ for Mosques, or for future church to mosque conversion.

Order multiple pulpits and obtain a 10% discount, for a tax deductible ‘ tithe’

HOW DRY IS IT IN TEXAS?

HISTORY of WARFARE : SCOTLAND vs ENGLAND

Edward Longshanks (Edward I of England) comes to Scotland to conquer the Scots. He brings 4,000 men with him. As he nears the battlefield, there suddenly appears a solitary figure on the crest of the hill, a short, ginger-haired guy in a kilt. ‘Hammer O the Scots?’ yells the wee Scottish guy on the hill.’ Come up here, ya English bastards, and I’ll give ye a hammerin’!’

Edward  turns to his commander. ‘Send 20 men to deal with that little Scottish upstart, he says.

The commander sends twenty of his best men over the hill to kill the Scotsman.

Ten minutes later, at the crest of the hill, the little Scot appears again. ‘Ya English diddies!’ he yells. ‘Come on the rest of ye!! Come on, I’ll have ye all!’

Edward is getting somewhat annoyed. He turns to his commander. ‘Send 100 men to kill that little guttersnipe!’   The commander sends 100 men over the hill to do the job.

Ten minutes later, the little Scot appears at the top of the hill once more, his hair all sticking up, his shirt a wee bit torn. ‘Ya English SCUM!’ he yells. ‘I’m just warming up!! Come and get me, ya English shite!!’

Edward loses patience. ‘Commander, take 400 men and personally WIPE HIM OFF THE EARTH!’ he yells.   The commander gulps, but leads four  hundred  men on horseback over the crest of the hill.

Ten minutes later, the little Scotsman is back. His clothing is all torn,  his face is covered in blood, snot and irn-bru. ‘Is that the best ye can do??? You’re bloody WUMMIN!!! Come on!! Come and have a go ya bunch of English Shite!!!’ he yells.

Edward turns to his second in command. ‘Take 1,000 men over that hill and don’t come back ’til you’ve killed him!’ he commands.    The second in command gathers the men and they ride off over the hill to their fate.

A while later, one of the English troops appears back at the top of the hill. He’s covered in blood and his clothes are all torn. ‘Your Majesty!’ he yells,

THE PARABLES OF PERSISTENCE

“Did you help him?” she asks.
“No, I did not, it’s 3 in the morning and it’s bloody pouring rain out there!”
“Well, you have a short memory,” says his wife. “Can’t you remember about three months ago when we broke down, and those two guys helped us?  I think you should help him, and you should be ashamed of yourself!  God loves drunk people too you know.”
The man does as he is told, gets dressed, and goes out into the pounding rain.
He calls out into the dark, “Hello, are you still there?”
“Yes,” comes back the answer.
“Do you still need a push?” calls out the husband.
“Yes, please!” comes the reply from the dark.
“Where are you?” asks the husband.
“Over here on the swing,” replies the drunk..

A little boy got on the bus, sat next to a man reading a book, and noticed that he had his collar on backwards.

The little boy asked why he wore his collar backwards.

The little boy replied, “My Daddy doesn’t wear his collar like that.”

The priest looked up from his book and answered, “I am the Father of many.”

The boy said, “My Dad has four boys, four girls and two grandchildren and he doesn’t wear his collar that way!”

The priest, getting impatient, said, “I am the Father of hundreds,” and went back to reading his book.

The little boy sat quietly thinking for a while, then leaned over and said, “Maybe you should put your pants on backwards instead of your collar.”