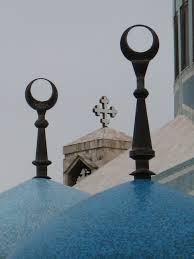 A letter by a Christian to his Muslim friend

Thank you for your frank letter. Thank you also for sharing with me your understanding of Nabi Isa, as you name Jesus in your devotional language. It is not only the somewhat different name but also the different rôle he is ascribed to in the Qur’an and the Bible that makes your perception and subsequent understanding of Jesus different from ours. You made me aware of your sometimes rather strong feelings about the biblical narrative regarding him. Naturally, our perception is largely determined by the information we have. We will do well to diligently check on the reliability of our respective sources of information to enable us to differentiate between what is fact — and what is myth.

I suggest we first of all look for a token that can assure us of the divine origin of our ‘holy Books’. We are both not likely to question that our respective Scriptures are inspired by God and revelation from Him. But since your Book and my Book differ on crucial matters, they cannot really both be from the same source, you will admit. Take for example the crucifixion and death of Jesus. This event is explicitly and abundantly testified in the Bible, but, for whatever reason, denied by Islam. Both cannot possibly be true. What I really want to say here is that I would like you to approach this topic with an open, though not uncritical, mind. It is likely that I will introduce to you something you are not familiar with.

How on earth can anyone be sure whether a Book comes from God, or is the perhaps well-meaning composition of a concerned man who wants to reform a decadent society?

Christians believe in what God revealed in the Bible, because it carries an undeniable imprint of His authorship. I am speaking here about absolutely unpredictable events, which were foretold by the biblical prophets, and which were fulfilled hundreds of years later. We are in fact told over and over again and in no uncertain terms that a prophet whose prophecies do not come true is not to be believed or trusted:

You may say to yourselves,

‘how can we know when a message has not been spoken by the Lord?’

If, what the prophet proclaims in the name of the Lord does not take place or come true, that is a message the Lord has not spoken, that prophet has spoken presumptuously. (Deuteronomy 18:21,22)

Surely the Sovereign Lord does nothing without revealing his plan to his servants the prophets. (Amos 3:7)

And God spoke through Isaiah:

I told you these things long ago; before they happened I announced them to you so that you could not say, ‘My idols did them’. (Isaiah 48:5)

I am the Lord, who has made all things… who carries out the words of his servants and fulfills the predictions of his messengers. (Isaiah 44:24,26)

We can detect three main themes of prophecy in the Bible. One foretold the very unique history of the Jews, right to the present time. The second pictures in dramatic detail the time of the end of this world, and the third predicts, again in much detail, the life of Jesus the Messiah. In graphic description the prophets also foretold his suffering and death on the cross, as well as his resurrection from the dead. Had these not been fulfilled, we might have a reason to question the message and the divine source of our Book. But, excepting those describing the end of the world, these prophecies were all fulfilled. This gives us the confidence to rely on the message of the Bible, for no man could have predicted these historic happenings. Only God could have known and revealed them.

Little wonder then that throughout the Gospel we read phrases like ‘as it was written’, or ‘as the prophet has said’. In the New Testament, we read:

After that, he appeared to more than five hundred of the brothers at the same time, most of whom are still living, though some have fallen asleep [have died]. (1 Corinthians 15:1-6)

The words “according to the Scriptures” refer to what had been written down by the prophets who had lived hundreds of years before. It was these Scriptures that had been fulfilled in Jesus.

They reported the time and place of His coming (Micah 5:2, Daniel 9:24 [this passage needs introductory help to be understood]); that He would be born of a virgin (Isaiah 7:14), and what his name would be (Isaiah 63:8 [Saviour in Hebrew is Yeshua, this is the name Jesus actually had, while on earth]). Also his divinity was foretold (Isaiah 7:14 and Isaiah 9:6 [Immanuel means ‘God with us’]) and it all culminated in the prophecies predicting his crucifixion and death. May just two or three of these prophecies be mentioned. David wrote about Jesus around 1000 BC, saying:

Dogs have surrounded me; a band of evil men has encircled me, they have pierced my hands and my feet. I can count all my bones; people stare and gloat over me. They divide my garments among them and cast lots for my clothing. (Psalm 22:16)

Isaiah the prophet spoke 700 BC, saying:

He was despised and rejected by men,
a man of sorrows,
and familiar with suffering.

Surely, he took up our infirmities and carried our sorrows,
yet we considered him stricken by God,
smitten by him, and afflicted.

But he was pierced for our transgressions,
he was crushed for our iniquities;
the punishment that brought us peace was upon him,
and by his wounds we are healed.

We all, like sheep, have gone astray, each of us has turned to his own way; and the LORD has laid on him the iniquity of us all.

He was cut off from the land of the living;
for the transgression of my people he was stricken.

He was assigned a grave with the wicked, and with the rich in his death, though he had done no violence, nor was any deceit in his mouth. … by his knowledge my righteous servant will justify many, and he will bear their iniquities. …

He bore the sin of many,
and made intercession for the transgressors. (Isaiah 53)

Can any honest person ignore, side-step or ‘explain’ away such evidence?

To amplify this even further, the Bible contains a number of eyewitness reports, which would certainly have been rejected by the contemporaries had they not been true. Just imagine, for example, what the Jews of Jerusalem would have done to Peter, one of Jesus’ disciples, had he lied when addressing a vast crowd of them just seven weeks after the crucifixion, when stating:

Men of Israel, listen to this: Jesus of Nazareth was a man accredited by God to you by miracles, wonders and signs, which God did among you through him, as you yourselves know. This man was handed over to you by God’s set purpose and foreknowledge; and you, with the help of wicked men, put him to death by nailing him to the cross. But God raised him from the dead, freeing him from the agony of death, because it was impossible for death to keep its hold on him. (Acts 2:22-24)

What would the Jews have done, had Jesus not been crucified or killed? They would have strongly denied it. But nobody ever queried this, because they all knew what had happened. While the Jews always objected that Jesus is the Messiah, they never denied His death on the cross. And they knew that it happened, for they were present at the scene.

May just one more noteworthy evidence be added in support of the trustworthiness of the crucifixion report in the Gospel. We are aware that the life of Jesus in a remote place like Judea was of no significance to the Roman historians of his time, who wrote the annals of wars and mighty conquerors. Yet Rome’s most prominent historian, Cornelius Tacitus, being an aggressive opponent of early Christianity, wrote i.a.:

The name ‘Christian’ is derived from Christ, who was executed under the government of the procurator Pilate. (Annals 15.44)

Flavius Josephus was a Jewish general, fighting the last battle for Jerusalem against the Romans (AD 70). Taken prisoner he became the Roman historian for Israel. He lived shortly after Jesus, and wrote:

Now, there was about this time Jesus, a wise man, if it be lawful to call him a man, for he was a doer of wonderful works, a teacher of such men as receive the truth with pleasure. He drew over to him both many of the Jews, and many of the Gentiles. He was (the) Christ. And when Pilate, at the suggestion of the principal men amongst us, had condemned him to the cross, those that loved him at the first did not forsake him; for he appeared to them alive again the third day; as the divine prophets had foretold these and ten thousand other wonderful things concerning him. (Antiquitates Judearum)

Evidence of such magnitude must have been given for a reason. And that is, no doubt, God’s concern to verify his message for generations to come, to those who would depend on some kind of tangible proof or evidence to believe what He had revealed.

Why do I write all this? Why do I risk disturbing peace and harmony between us? I hope you could detect that by now: Because I care for you! Up to now you were probably not aware of the need to verify the basis of our faith. Most of the world’s people follow their respective religion in the sincere belief that all is well and that they follow the right path. Even you would not have come up with these objections to the Bible, had you not questioned its integrity and trustworthiness, and had you not been influenced in this direction.

Therefore I have to challenge you to test the foundations on which your eternal future rests! You must understand that I do not write this letter to destroy your faith in God, but rather to amend and enhance it. That demands scrutiny.

The other day my wife and I wanted to visit someone in hospital. A relative explained the way to get there. It was accurate, for the most part. Only at one turn we were told ‘turn left’, when we should turn right. Fortunately, I wanted to make sure we would get there and checked the route on the map, where we discovered the mistake. Otherwise our conviction, that we will get to the place we were looking for, would have failed. Sometimes this does not matter so much, but when it is direction to eternity, it does.

I am really curious to hear your reflections and expect your response soon. My warmest greetings to you!