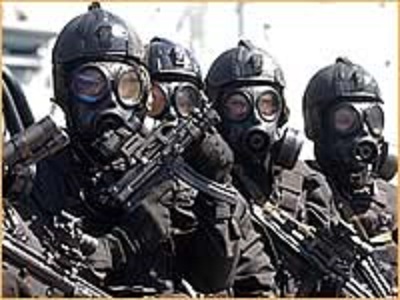 In a “post-truth” world, I suspect many of us have been bemused by our national and international leaders who continue to promulgate the notion that Islamic terrorism has nothing to do Islamism.

You may be interested to read following article about the strategy adopted by most political leaders in our world to distance Islam from terrorism. It has a lot to do with the goal of these politicians of not wanting to fuel the motivation of Islamic terrorists who feed on the sense of victimisation and persecution for their faith. It also has to do with the aim of avoiding alienation of our local Muslims as a result of critiquing Islam – which is entirely different to discriminating and mistreating Muslims. However, any attempt to critique Islam is perceived as discrimination by both Muslims and by those who adopt this strategy.

The ethos which is employed is this:
Truth doesn’t matter, it’s the outcome that counts.

Our local politicians and many international politicians can’t trust the general population’s ability to deal with the nuances and differences between challenging ideas (particularly challenging the Islamic worldview) and at the same time trusting that the populace will treat individuals who hold to a different worldview with respect. They’re concerned and frightened the alienation and division this will create between the non-Muslim community and our local Muslim population. They are worried that this will incite more civil unrest and may produce even more Islamic terrorists from amongst the vulnerable within the Australian Muslim population. This is an important point that has not been lost amongst those who have read the Quran and the Hadith. The inherent violence within Islamic tradition makes it susceptible and natural to be co-opted by those within that faith for jihad. Revisionists and liberal Muslims have powerfully reinforced the rhetoric that Islam is a religion of peace. Many if not most of the population sincerely believe this to be true.

The imperative of our Lord is clear, He loved the sinner and the lost and He died for them – that’s you and I, including Muslims. Christ considered each one of us worthy to die for because He made us in His own image. This is radically countercultural, unique to Jesus Christ’s teaching and that is why we must love Muslims. You will not find these non-negotiable imperatives in any other worldview, including Islam.

Instead of encouraging the populace to adopt tolerance and truth in love, our leaders have chosen to adopt conformity and a fundamental lie – that is, you must conform to their tactic and you cannot criticise Islam because it is a peaceful religion. Such a post-truth tactic has a high price tag and leaves many in our community genuinely believing the propaganda that Islam has nothing to do with violence. No doubt some of these politicians have also unwittingly bought into this post-truth deception.

If we cannot engage in dialogue on the true state of affairs, we cannot deal with real issues that confront us. Anyone who critiques Islam is perjoratively labelled as an Islamophobe and a religious bigot which immediately poisons the well and stifles constructive dialogue on this important topic. Hence the following article published in 2014 from Australia which you may find instructive:

WHY OUR LEADERS SAY, ‘THIS HAS NOTHING TO DO WITH ISLAM’

So, is every leader in the non-Islamic world daft?

Do they not see what everybody else can so obviously see?

Well, the answer is both ‘no…and yes’.

Our leaders are in fact being quite responsible – and smart.

They receive the most sophisticated intelligence and advice available. They know how and when the threat moves by tapping into every digital fingerprint of data moving between terror cells.

Our agencies are listening to and watching everything. Terrorists work best under the cloak of secrecy. Shining a bright spotlight on the local jihadists at work disrupts their evil intentions. It’s a credit to our intelligence agencies that here in Australia we’ve not yet had a successful terror attack, despite the known plots.

Islam is on a crusade for worldwide domination. It’s the duty of all Muslims to work to establish a global caliphate. This has been going on for around 1400 years since the prophet Mohammed moved his army from his Medina base to conquer Arabia, where in a relatively short time Mohammed became the king of all Arabia, for the establishment of Islam.

Dar al Islam was the land of Islam, which submits to and is ruled by Sharia law.

Dar al Harb was the land of war – all the other parts of the globe.

Nations may not think they’re are at war with Islam, but if they’re not ruled by Sharia Law (aka Islamic law), then Islam is at war with them.

All Muslims are part of a nation known as The Ummah, which is at war with all other nations.

Whilst hostilities may not be happening at any given moment, they are still technically at war.

All of his loyalties lie first and foremost with the Ummah which is technically at war with the UK (train and bus bombings, street beheading).

It’s the ability of Islam to hide these facts from non-Muslims (Kaffirs) which makes Jihad successful.

Apart from being a religious leader, Mohammed was a brilliant military tactician. He was preoccupied with the art and mind games of war. It was his grasp of the psychology of conquest that makes Islam successful as a fast spreading global force today.

Part of this advancement is ‘persecution’ (or ‘victimisation’).

“If ye sought a judgment, now hath the judgment come unto you. And if ye cease (from persecuting the believers) it will be better for you, but if ye return (to the attack) We also shall return. And your host will avail you naught, however numerous it be, and (know) that Allah is with the believers. Sura 8:19

“Fight against them until idolatry is no more and Allah’s religion reigns supreme. Fight them until there is no persecution and the religion is God’s entirely.” – Sura 8:39

Muslims must embrace and portray themselves as ‘persecuted’. It’s a potent position that rallies support.

It may seem strange to us that while Mohammed was in the middle of attacking his enemies, at the same time he would complain of ‘persecution’.

Mohammed redefined the word ‘persecution’ to mean those who would not allow Sharia law to rule over them.

In other words, Islam is supposed to rule over the whole world, so those who oppose this are ‘persecuting’ Muslims, even when being attacked by Muslims.

If you are opposed to the introduction of Sharia Law to rule over your society, you are considered to be persecuting Muslims who therefore consider it legitimate to attack you.

This is why Muslims are quick to claim ‘victim’ status or ‘persecution’ after raids by police on the homes of local jihadists.

The aggressors become (self-proclaimed) victims, while similarly knowing that the actions of the jihadists (arrested by authorities) are permissible, indeed sanctioned, by Allah, to advance Islam.

This was demonstrated recently on 19 September (2014) after Australian security agencies with police instigated raids on the homes of suspected terrorists after calls for public beheadings on the streets of Sydney.

“Let me say clearly, even if a single bomb went off, even if a thousand bombs went off in this country, all it will prove is that Muslims are angry,”

“The war on terror is nothing but a war designed to police the response of Muslims to the terror perpetrated on them every single day,”

“Western governments are seeking to portray Muslims as ‘bloodthirsty’ and ‘barbaric’, when in fact it is they who are the terrorists, who rain bombs down on innocent Muslim populations”

This is why our leaders claim terror plans and terror acts by Muslims (ISIS) have nothing to do with Islam.

“Persecution” is used by terrorists to justify further attacks. Removing the word: religion” or “Islam” diffuses retaliation by local jihadists while our security agencies, police and armed forces attack the threat.

While only the Muslim spokespeople use the word ‘Muslim’, our leaders deliberately don’t.

It’s also why Abbott was so adamant to say we are not at “war” while our Super Hornets are engaging ISIS in Iraq.

Instead Abbott uses the evil, degrading term “death cult”, with no connection to any god or religion. It’s a refusal to allow the jihadists any moral or religious virtue.

It’s also why Bill Shorten and Scott Morrison visited the Lakemba mosque over the weekend, united in the fight against “terror” with the Islamic clerics and leaders.

They’re diffusing Islamic retaliation for the bombing of the Islamic Jihadists, Islamic State.

War is as much a tactical game of minds as dropping bombs or putting boots on the ground.

Our leaders and agencies understand the very real threat posed by the instructions in Islamic teachings. Yes, our leaders are on top of it.

The Islamic leaders know it.

Just don’t mention the war… or the religion.