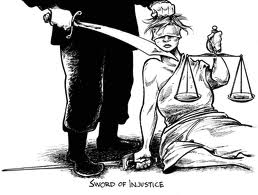 The Veil of Equality and Justice

Muslim propagandists take advantage of the fact that Westerners do not read Arabic and therefore (out of ignorance) do not know the reality of Islamic faith as recorded in the books of Muslim scholars. Therefore, Muslim missionaries roam across Europe and America, East and West, writing a throng of books, declaring with a loud voice: “How great Islam is! It is the religion of social justice, equality, women’s rights and dignity.” Many naive and superficial people believe these claims and are deceived by this message, but this deceit should end. This veil should be removed.

We have found in Muhammad’s sayings (as well as of those of all Muslim scholars – intentionally or unintentionally – that both Islam and Muhammad discriminate between human beings. It matters whether they are males or females, Muslims or non-Muslims. We even find discrimination between Muslims because slavery (as we will see) is an Islamic principle.

Slavery in Islam has regulations and laws which differ from those for freemen, the masters. Actually, Muhammad, his wives, his successors, companions and his relatives owned slaves—males and maids. We can list the names of Muhammad’s slaves: men and women, whites and blacks, and we will show that Muhammad himself was a slave merchant especially after he claimed to be a prophet.

After reading these pages it should become very evident to all (including the most fanatical and tenacious Muslim) that Islam is a religion of social injustice, inequality, and racial discrimination.

In contrast to this Veil of Equality and Justice, it is relevant to quote one verse from the Holy Gospel which emphasizes equality in Christianity,

This was submitted to The Debriefing in 2004. The source is unknown, but the IP was from Iraq