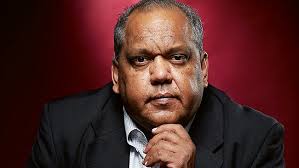 The debate on climate change is descending into civic war, with those clamouring for action on carbon emissions rallying on one side of town and those opposed rallying on the other. When these two vehement tribes go toe to toe on the street corner, this debate will reach its nadir.

How the Gillard government expects to achieve any worthwhile reform when the nation is so polarised beggars belief. It is one thing to invoke reform precedents of the Hawke and Keating governments – or the Howard government for that matter – but the great reforms of the past were never prosecuted so ineptly by their erstwhile reformers.

It is one thing for reformist governments to be at odds with their political opponents and large sections of the citizenry and interest groups. It is another to have such a divided citizenry screaming at each other in the town square because the government has unleashed political chaos.

The debate on climate change is deformed. One of the most crucial policy questions facing the planet has degenerated into sectarian conflict. A policy question arising in the realm of science and reason is debated in the realm of belief and medieval superstition, both on the part of elected leaders and ordinary citizens.

The planet’s biodiversity is at stake. There is so much that human societies and nations are doing that is unsustainable. Future human wellbeing is implicated here. If our greatest concern is human suffering, then we must live sustainably.

I think humans fall on one side of a thin line when we think about our place in nature and the grave environmental problems facing the earth. Even if we avert our eyes from the depressing and defeating scale of these challenges, we do so holding to one of two orientations.

The first is nature-centred, where people see the natural environment as a higher imperative than human needs. The innocence of nature compared with the agency of humans gives this orientation its great moral force.

The second is human-centred, where people see the needs of humans as a higher imperative than nature. The primacy of humans, made as we are said to be, not just in the Judaeo-Christian tradition, in the image of God, gives this orientation its moral foundation. The suffering of humans stuck in poverty and disease and their right to enjoy the advantages of development adds to its force. Of course both sides acknowledge the other imperative, but no matter how slight one’s emphasis may be one way or the other, it is there.

My sense is we are moving further apart: the regressive nature and direction of the contemporary debates is debased by antediluvian obscurantism on one side and millenarian Gaiaism on the other.

Both sides are at fault, environmentalism is primarily culpable. To the extent that environmentalism heeds science, its claims are compelling. But unloosed from the humanist impulse it becomes ideology, a form of rational religion that at its extreme is highly (if selectively) misanthropic.

The psychological recesses of extreme environmentalism harbour dark thoughts about the necessity, if not desirability, of depopulation of the planet. (Disease and starvation may be left to run their own course, as islands of privilege such as Tasmania are preserved for the sole advantage of a Patagonian master race rigged out in Paddy Palin, ready to take their two-child policy offspring to visit the wild rivers of the north now conveniently denuded of modern natives and returned to terra nullius.)

My orientation has two points. First, support for or opposition to decisive action on carbon pollution overwhelmingly correlates with economic security. It is the secure classes who believe and support strong action, while even if the insecure suspect climate change may be real, their economic insecurity is their main consideration. This strong correlation between belief and denial with relative economic security suggests economic considerations strongly condition the stances taken by people.

Second, if climate change science is indeed contested, the humanist position is actually that taken by News Corporation chairman and chief executive Rupert Murdoch (publisher of The Weekend Australian), who said we should “give the planet the benefit of the doubt”.

Even if you reject the wilder claims of Al Gore or the stranger theories of Tim Flannery, carbon emission reduction is a good thing to do anyway. The Centre Left and Centre Right of this debate agree that a strong economy is vital to effective climate change action.

Indeed, normally they would both support carbon markets as the most efficient mechanism for effective action. That the liberal conservatives under Tony Abbott are stridently opposed is testament to the degeneration of this debate, given Abbott’s party normally champions markets.

This debate degenerated because environmentalists made disastrous missteps and fundamental strategic mistakes.

There is a problem of tone. Casting climate change in high moral terms has been a grave mistake. Environmentalists show no understanding of how much of a turn-off they are to ordinary people when they employ moral sneer. People such as Clive Hamilton and Greens deputy leader Christine Milne have tin ears and lack self-awareness in advocacy.

A large part of the polarisation is an allergic reaction by ordinary people to the ascetic moralism of environmentalism. Earth Hour is an egregious example of conspicuous moral vanity. The unfortunate progressive penchant for gesture politics trivialises and discredits what is a serious issue in the eyes of the public.

There is a problem of political economy. Environmentalism amounts to a green form of socialism. And this conflation gives rise to irrational policy solutions to climate change. Witness the billions wasted in pursuit of green clunker schemes in recent years. We need market solutions and there is no gainsaying capitalism in the cause of sustainability.

Natural capitalism must be found through innovation.

There is a problem of politicisation. I don’t know where world-changing reform goals have ever been achieved when their proponent leaders sought to use the issue for partisan ends.

Kevin Rudd sought the high goal but he also wanted to serve his partisan ends. It failed and has set this cause back. No high goal can be reached by low means.

There is a problem of dismissive contempt for ordinary people’s economic insecurities. This is what is animating the no case to Gillard’s carbon tax.

Environmentalism lacks empathy with the needs of the economically insecure classes. It betrays a dismissive “let them eat cake” attitude towards ordinary people, let alone the development needs of Aboriginal communities in remote Australia. It is primarily culpable for the national gridlock because it arrogated responsibility for securing the high goal of sustainable human life on the planet, and failed to fulfil its trust.

We need humanists to lead us to sustainability, who first have regard for humankind. If Flannery, our climate change chief commissioner, is to help our quest for sustainability he must keep Gaia a matter of personal religious choice, not public policy.

Noel Pearson is director of the Cape York Institute for Policy and Leadership.

You can post your viewpoint regarding this article at Climate change, environmentalism and Christianity [Editor]