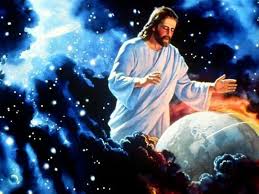 The Image of God

7 the LORD God formed the man from the dust of the ground and breathed into his nostrils the breath of life, and the man became a living being. 8 Now the LORD God had planted a garden in the east, in Eden; and there he put the man he had formed. Genesis 2: 7-8

15The LORD God took the man and put him in the Garden of Eden to work it and take care of it. 16And the LORD God commanded the man, You are free to eat from any tree in the garden; 17but you must not eat from the tree of the knowledge of good and evil, for when you eat of it you will surely die. 18The LORD God said, It is not good for the man to be alone. I will make a helper suitable for him. 19Now the LORD God had formed out of the ground all the beasts of the field and all the birds of the air. He brought them to the man to see what he would name them; and whatever the man called each living creature, that was its name. 20So the man gave names to all the livestock, the birds of the air and all the beasts of the field. But for Adam no suitable helper was found. 21So the LORD God caused the man to fall into a deep sleep; and while he was sleeping, he took one of the man’s ribs and closed up the place with flesh. 22Then the LORD God made a woman from the rib he had taken out of the man, and he brought her to the man. 23The man said, This is now bone of my bones and flesh of my flesh; she shall be called ‘woman’, for she was taken out of man. 24For this reason a man will leave his father and mother and be united to his wife, and they will become one flesh. 25 The man and his wife were both naked, and they felt no shame. Genesis 2:16-25

What it means to be made in God’s image

What the image of God does not mean

The image is shared with divine beings who exist in the Spiritual Realm?

Traditionally, Christian theologians have seen a reference to the Holy Trinity.

But the most likely is that in this verse God is addressing heavenly beings who have already been created. The language is plural in v26 and changes to singular in v27. Humanity is made by God alone, and in God’s image alone, not in the image of other created divine beings.

3. Perhaps we get a hint as to why Satan rebelled. God makes man in His image but this image in man is different to the heavenly beings. In reference to believers appealing to non-Christian judges, the apostle Paul says that “Do you not know that we will judge angels? How much more the things of this life!” 1 Corinthians 6:3. Human rule will extend over heavenly beings!

To be further developed

I’d like to thank the editor of The Debriefing for assisting me to develop this topic of interest in much greater depth than I originally had posted. 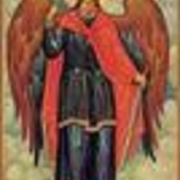 Who is this saint? Is he from Constantinople, or the 'new' Rome further north? Can be very Orthodox at times.