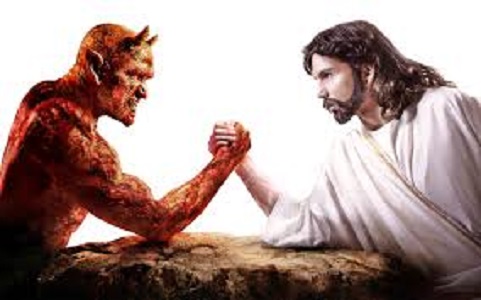 The Misanthropic Kingdom of Satan

Most people do not acknowledge the kingdom of Satan. Many people do not believe Satan exists, at least not in the traditional sense of a malign, active accuser of humanity who seeks to destroy. Some, who do acknowledge Satan’s existence, do not even consider Satan to be the eternal ‘Enemy’ of humanity. Even fewer worship Satan as their God, a god, or some sort of supernatural aid. This paper rejects the Dualist perspective1. It rejects the simplistic, uninformed conclusion that if God is all-knowing and all-powerful (Monotheism) then He must be evil because the existence of evil is self-evident. The Biblical perspective of this paper is that Satan’s evil activity only exists because it serves the purposes of an all-powerful, wholly-good God who will salvage those from a rebellious humanity who resist, desire their freedom from Satan’s power, and turn to follow Jesus.

Why is this an important question?

It has been known since ancient times that failure to recognise the “enemy”, or to know your own limitations, leads to defeat.

Does Satan Have a Kingdom?

Logically, God2 knows the answer. He has revealed it in the Bible for us – Satan’s human adversaries and captives.

There is dispute amongst Christian commentators as to whether Satan’s Kingdom exists. But the reality is that evil exists. Just look around at the world. It is self-evident. The Bible teaches that the greatest of evil powers is Satan, a personal, created spiritual being who rebelled against God because God made man in God’s image, effectively placing humanity above the angels, including the most majestic spiritual being, Satan himself  1 Corinthians 6:37. For this reason, Satan hates humanity, particlarly humans who actively resist Satan’s power.

Satan’s kingdom must be global – it must necessarily transcend national boundaries.

What evidence is there for Satan’s kingdom across the world?

The key identifier of Satan’s Kingdom is that it is misanthropic8. Ask the following;

In 1770 the Irish statesman and philosopher Edmund Burke wrote about the need for good men to associate to oppose the cabals of bad men. He said “No man, who is not inflamed by vain-glory into enthusiasm, can flatter himself that his single, unsupported, desultory, unsystematic endeavours are of power to defeat the subtle designs and united Cabals of ambitious citizens. When bad men combine, the good must associate; else they will fall, one by one, an unpitied sacrifice in a contemptible struggle.”

In 1867 the British philosopher and political theorist John Stuart Mill said “Let not any one pacify his conscience by the delusion that he can do no harm if he takes no part, and forms no opinion. Bad men need nothing more to compass their ends, than that good men should look on and do nothing.He should stand to his principles even if leaders go wrong.”

The ruling elites who do not comply with the global misanthropic agenda of the Kingdom of Satan can be expected to be in conflict with it, even if their rule too is harmful to humanity[/content_band]

If one can see evidence that affirms a misanthropic agenda why is this not evidence of the Kingdom of Satan? Are there alternative explanations?

Dealing with the Reality of Satan’s Kingdom

Stand firm, do not waver. This only possible through a personal relationship with Jesus who strengthens your heart and your mind with the power of His Spirit

Do not allow good to be ‘redefined’. God defines what is good and evil, right and wrong. He has revealed this in the Bible for us

Satan must be bound for people to be saved. Jesus is the only one who can do this, and he is for us

Do not fear man

Anxiety, fear and depression compound one another

Ignore the expectations of others

Only compare yourself with a man who follows Jesus, not with what society around you tells you should be like
Beware worldly lures – money, power, wealth

Christians must prepare for war against Satan and his Kingdom

Understand who is a Christian and who is not a Christian, because Satan infiltrates the follower’s of Jesus with imposters, often seeking leadership

Pray about all things because prayer and alertness go together

Love. Love God and His people

Be confident that you will overcome the Kingdom of Satan

Be patient, God will fulfil His promises. He will come. He can’t help Himself, faithfulness is who He is.