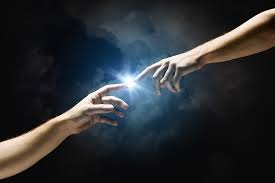 Knowing, being known, and knowledge of God

There are many who know lots of things about God. Lots of lay people, clergy, educators and even governments. But knowing God personally, and being known by Him personally, is the exclusive truth of Christianity. It is the single relational element that separates a Bible-consistent christianity from religion. Belief systems undergird religion, but a personal relationship with God is not about knowledge. A person with very little education or intellectual capability can know the Bible’s God better than the most eloquent, educated and knowledgeable religious teacher.

The world is full of knowledge. Scientific knowledge from empiric observation of the universe has exploded in the last 200 years and growing at an exponential rate. Philosophical knowledge has been around since before the ancient Greeks. Human religion has created belief systems which has ensnared multitudes of humans since the beginning of time. This includes Christian religions. The modern religious movement in the West is secular and politically correct based on the liberal sociology but economic conservatism of the ruling elites.

Regardless of the ‘realm’ of knowledge, a fundamental observation is the the place of those who have knowledge above those who do not. And the elevation of such individuals in status, power and authority. There are numerous examples of how this ‘knowledge’ leads to ‘hubris’ and arrogance.

Ordinary knowledge is not exclusive, and feeds human arrogance

In fact, the Bible teaches that “We know that “We all possess knowledge.” But knowledge puffs up while love builds up” 1 Corinthians 8:1.

Those with knowledge like to use it to extrapolate and create more knowledge to enhance their position in society. This is particularly true in religious and scientific circles. This approach, when it comes to the Bible, can result in teachings inconsistent with it eg, “You are destroying the word of God through your tradition that you have handed down. And you do many other things like that” Mark 7:13.

Christians are warned to be wary of this human predeliction to misuse knowledge “Beware lest any man spoil you through philosophy and vain deceit, after the tradition of men, after the rudiments of the world, and not after Christ.” Colossians 2:8. Eventually, people who claim to worship God may even find themselves worshipping man made constructs, eg “You have let go of the commands of God and are holding on to human traditions”. Mark 7:8.

Atheistic naturalists have made science into a religion over the last 60 years and used it to irrationally exclude the existence of God, or God’s role in the universe and life, and human fulfilment. Even the greatest of religious authorities may have surpassing knowledge of holy scriptures and theology but totally miss the point. They may not know God. Jesus made this clear when speaking to the greatest religious scholar of Israel “How can this be?” Nicodemus asked. “You are Israel’s teacher,” said Jesus, “and do you not understand these things?” John 3:9-10.

Special knowledge from God is exclusive and feeds humility and transformation

There is special knowledge from God that cannot be known without God’s initiative. There are two fundamental expressions of this knowledge. The first is the Bible itself which is written truth handed down over 1,400 years, or so, to numerous people of different educational levels, with differing ethnicities, occupations and under different historical eras and languages. This was compiled for us by the early christian church and handed down through successive generations.

The special knowledge from God can only be truly appreciated experientially! It is an inner knowing, an inner understanding, that is a gift of God, by the Holy Spirit. It transforms by rebuilding us from scratch, like a baby being born again and then being re-taught, just as a child is taught as it develops from infancy into adulthood. This transformation is life-long – “Therefore, I urge you, brothers and sisters, in view of God’s mercy, to offer your bodies as a living sacrifice, holy and pleasing to God—this is your true and proper worship. 2 Do not conform to the pattern of this world, but be transformed by the renewing of your mind. Then you will be able to test and approve what God’s will is—his good, pleasing and perfect will” Romans 12:1-2.

This gift of special knowledge was promised 700 years before Jesus came. Ezekiel 36:26 says “I will give you a new heart and put a new spirit in you; I will remove from you your heart of stone and give you a heart of flesh.” This is something that is internal and spiritual (a “circumcision of the heart”) described in Romans 2:29 “No, a person is a Jew who is one inwardly; and circumcision is circumcision of the heart, by the Spirit, not by the written code. Such a person’s praise is not from other people, but from God.”

The effect of the appearance of this inner and intellectual transformation is summarised in the Hebrew old testament – “He has shown you, O mortal, what is good. And what does the Lord require of you? To act justly and to love mercy and to walk humbly with your God” Micah 6:8.

Though intransigent resistance to accepting human ‘traditions’ or constructs may make it appear arrogant, a genuine knowledge from God is personal and does not ‘puff up’. A christian scientist who looks at the universe or DNA and sees intelligent design is not arrogant but humbly acknowledging the work of God. And yes, it is more than scientific knowledge that leads to such a conclusion. And the scientific christian will humbly acknowledge that special knowledge, and call it faith or belief. In contrast, the atheistic naturalist who refuses to even accept the possibility of God’s existence from the presence of apparent design in the universe or DNA is actually intellectually ‘puffed up’ because their view is based on an unacknowledged intellectual belief system offering only speculative explanations that are ultimately just as “religious” as any alternative non-atheistic belief system.

This ‘special’ knowledge is the same as knowing God personally. It is an inner knowing that begins with hearing him call out to us as he sends a special word into our universe directly to us personally. In Romans 10:17, the instrumental ‘word’ (ῥῆματος θεου) which is voiced throughout all the earth, since the beginnings of human worship of God (Genesis 4:25), which is revelatory personally to ‘specific‘ individuals, who turn in faith to God, is not referring to simply to intellectual content. It is referring to a transformative communication to specific individuals from God.

Often the English “word” of God is a translation of the word “λόγος” eg John 1:1-3. Here, “ῥῆμα” however, is often used of more personal spoken communication. A sort of directed specific communication related to inspiration, insight and understanding of the word.

And the preacher, since the beginning of time, is Jesus Christ himself. So Jesus says of himself “My sheep listen to my voice; I know them, and they follow me” John 10:27. The hearing is not a human sermon, or teaching by a religious authority, though it may be precipitate by such activity. It is a ‘deeper‘ hearing using a different sense organ, like a spiritual ear, which recognises and responds appropriately to special knowledge revealed by God. This knowledge is ‘heard’ “through the word about Christ” Rom 10:17

Being known by God

Those that know God personally are also known by God personally. This is described in many ways, not least of which is familial relationships such as that between a father and his children.

Importantly, it means God personally knows our strengths and fears, and He knows our weaknesses. And He helps us just like any ‘good’ father would do for his children. For example when we are tempted “God is faithful; he will not let you be tempted beyond what you can bear. But when you are tempted,[c] he will also provide a way out so that you can endure it” 1 Corinthians 10:13.

Or when we make mistakes we do not lose our personal ‘knowing‘ of God, nor does God abandon us. When we ‘screw up’ we are reassured that we are known by God and can move on – “If we confess our sins, he is faithful and just and will forgive us our sins and purify us from all unrighteousness” 1 John 1:19.

Jesus can say, “I did tell you, but you do not believe. The works I do in my Father’s name testify about me, 26 but you do not believe because you are not my sheep. 27 My sheep listen to my voice; I know them, and they follow me. 28 I give them eternal life, and they shall never perish; no one will snatch them out of my hand. 29 My Father, who has given them to me, is greater than all; no one can snatch them out of my Father’s hand. 30 I and the Father are one” John 10:26-30.

Genuine christians, non-christians and atheists all acknowledge the reality of suffering and evil in the world. No-one thinks it a good feature of universal existence. Everyone thinks it is wrong. And so does God. That is why Jesus weeps at human suffering so often in the Bible.

What is it that makes a genuine christian acknowledge the awful reality of evil in the world and the existence of an all powerful, all-knowing God who can put a stop to it all, yet still worship and honour such a God, and even call Him good and loving? It is not ordinary knowledge, but a special knowledge, a revelation to the individual directly by this God, an irrevocable calling, the establishment of an eternal and irreversible relationship.

A genuine christian will do this because unlike everyone else, they know God and are known by Him. This is an exclusivist truth, much to the chagrin of ecumenicists, atheistic naturalists, and secularists trying to unify humanity under human science, ideology or religion.

There is a fundamental difference between knowing God, being known by God and knowledge of God. Knowledge “puffs up” but knowing God personally leads to humility and transformation. Being known by God means He knows our weaknesses, forgives them, and helps us live a life of faith, without religion. It is personal and not controllable by legislation, educational conditioning or sanction by human authorities. Knowledge of God can be educated through schools, madras-like conditioning and other education techniques. But knowing God, and being known by God, is the core inner work of the Holy Spirit, a gift from God that assures salvation. In other words, Christians will perservere and never be lost to salvation despite their failures, their persecution, and even their execution.