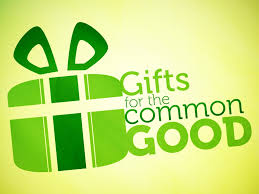 A thoughtful viewpoint from Rock Worker focusing on Spiritual Gifts in the Church today and seeking to remain faithful to Biblical truth. [Editor]

My reason for addressing this topic is a long-standing interest in understanding where Christians disagree and working towards agreement without compromising Biblical truth. My goal is to keep paramount Scripture as our rule of faith and practice.

The subject of spiritual gifts is often divisive and is usually concurrent with much improper and unhelpful church practice. Please note that what I understand the Bible to say on these things challenges what would be my preferred beliefs. I am profoundly unconvinced and dismayed at most of the understanding and practice of spiritual gifts that I have encountered. It would suit me better to think they are not beneficial for the church and should not be practised today. However, honest investigation of Scripture over many years has led me to conclude the opposite. The Bible tells us that spiritual gifts are beneficial for the church – I cannot find one statement to the contrary in Scripture.

In this paper I am not exploring to any depth what the gifts might be, nor how they should be practised, mainly because I don’t have much idea about these things. My only exception is prophecy which I explore a little as it has the most significance and appears to threaten the singularity of Scripture that I hold highly.

The topic of spiritual gifts

Spiritual gifts are most fully addressed by the apostle Paul in the book of 1 Corinthians, chapters 12 to 14, as one item under his general heading of “spiritual things” or “spiritual matters” (1 Cor 12:1). (The rendering of this phrase as “concerning spiritual gifts” or similar in most English translations is erroneous and misleading.) In the passages that follow, he addresses a number of spiritual matters, moving to spiritual gifts fairly quickly in 12:4.

The existence and practice of spiritual gifts are also informed from many other NT books and authors:

One objection regarding prophecy in particular is that if 1 Corinthians is taken out, there is very little else written on it and what to do with it.

However, a number of the references listed above other than 1 Corinthians do inform us about prophets and prophecy, for example:

More importantly, this objection is difficult to understand. It implies that there needs to be more in Scripture about prophecy before what is said in Corinthians is applicable to us. I see no reason for Scripture to say something more than once for it to be authoritative. More compelling is that the usual approach of Paul for correcting error is to more fully elaborate sound doctrine. As the Corinthians were apparently so wrong in so many things, including spiritual gifts, Paul provides correction by fulsome explanation of how these should be understood and practiced. So more reasonably, 1 Corinthians is exactly where we should be looking for a foundational understanding of spiritual gifts.

This particular question has been the subject of much debate over time. It centres on the interpretation of 1 Cor 13:10 ‘…but when the perfect comes, the partial will be done away’ (NASB). Interpretations of when ‘the perfect’ comes have varied from Christ’s incarnation to the completed canon of Scripture. Modern evangelicals have favoured the latter and subsequently denied that spiritual gifts should exist today.

John Calvin did not share this view. In his commentary on Corinthians (p.266) he says “… when will that perfection come? It begins, indeed, at death, for then we put off, along with the body, many infirmities; but it will not be completely manifested until the day of judgment …”.

More recent focus on Biblical exegesis by well respected scholars has leant support to this view and the continuation of spiritual gifts until the Lord returns. For example John Piper (p.6):

Further, as mentioned earlier, there is no statement anywhere in Scripture saying or even suggesting that spiritual gifts should cease prior to Christ’s return nor that they are anything but good for the church. The positive manner in which spiritual gifts should be considered is encapsulated by 1 Cor 14:1 ‘Pursue love, yet desire earnestly spiritual gifts, but especially that you may prophesy’ and 1 Peter 4:10 ‘As each one has received a special gift, employ it in serving one another as good stewards of the manifold grace of God’.

It has been suggested that the lack of anything about prophecy or the like in 1&2 Timothy and Titus is significant, even determinative, of the existence and practice of these gifts in the early church and onwards. Some would say that Timothy and Titus are the books where Paul sets out how church leaders should make churching work, but prophecy, tongues and healings are left out. There is prayer, preach the word, elders, deacons, etc. but not these others. It is claimed that this is stronger than an argument from silence because prophecy and other gifts ought to be mentioned if they were to occur today.

However, this is in fact an argument from silence. On this point, Don Carson comments that

“arguments to respond to silence can never be more than speculative.  When one reads the Pastoral Epistles, one should not begin with a theoretical construction of what should be present.  Rather, one must begin with what is present.  From that perspective, I cannot think of any particular reason why the gift of prophecy should be mentioned in these letters” (pers comm).

Additionally, it is worth noting that the gift of prophecy is mentioned in the pastoral epistles, albeit incidentally, but only with positive nuance.

So while there is no instruction about the use of prophecy or other specific gifts, there is a positive view of prophecy in particular, and gifts in general, in the pastoral epistles.

Silence never takes precedence over clear teaching elsewhere in Scripture, especially where there is no negative view expressed anywhere else. A question about silence on matters where something might be expected, while valid and worth pondering, is no basis for negating what has been clearly stated.

The gift of prophecy

There is much concern about the gift of prophecy amongst Christians of evangelical and reformed persuasion. The main reason is the potential to claim another authoritative source of revelation from God separate to Scripture. As mentioned above, there are a lot of NT references to or about prophecy. 1 Thessalonians 5:20 gives an unambiguous directive about it: “do not despise prophetic utterances” (NASB).

A substantial concern of Robertson is something he describes as “non-revelational revelation”. He feels that such a conception creates an intolerable dilemma that “destroys unquestioning obedience to God’s word” (p.19). He accepts that prophecy was important for the early church, but only prior to all the “inspired manuscripts” being “available” (p.18). The result of this is his objection to any distinction between prophecy in the OT compared to the NT.

However, the belief that revelation continues today is fundamental to evangelical Christianity.

The Bible makes this clear that it does continue in a number of places. For example: Matt 11:27, Jesus says ‘… no-one knows the Son except the Father; nor does anyone know the Father, except the Son, and anyone to whom the Son wills to reveal Him’. This revelation does not finish when all the inspired manuscripts are available, and the predominant view in evangelical circles is that it happens today and is essential for spiritual re-birth.

Paul in 1 Cor 2:10, referring to ‘God’s hidden wisdom’, says ‘for to us God has revealed them through the Spirit’, and Phil 3:15 ‘… and if in anything you have a different attitude, God will reveal that also to you’. Both of these indicate a revelation that is ongoing.

Robertson addresses this point in his third chapter, p.55-56. His thesis is that “this kind of regular experience known to every Christian is not the same thing as ‘revelation’” and he describes instances such as these as an “entirely different category” than God’s special revelation of new truth about Jesus. However the use of the word revelation and the contexts of the passages do not give support to this assertion. They seem to convey that people will receive revelation about who Jesus is or on particular subjects that is not necessarily contained in Scripture. A better understanding is that revelation does occur to people today as they are converted, and continues throughout their lives as they grow in understanding and maturity in Christ, and that to distinguish such revelation from other in Scripture is making a distinction that Scripture itself does not. (See also Carson’s discussion on this p.160-165, particularly p.163.)

But the fundamental error of Robertson’s argument is that prophecy as evidenced in the OT is the definitive understanding of this gift, an understanding which cannot be varied or developed from other information in Scripture. On p.5, he asserts that “The historical context of the origin of prophetism in Israel provides a firm foundation for understanding the true nature of prophecy as it is manifest in subsequent history”. This assertion forms the substantive basis of his critique of prophecy in the NT and beyond. He says (p.5) that “essential to an appreciation of the role of prophetism in the new covenant is this old covenant background”. While this statement is reasonable, rather than the context of old covenant prophecy providing a foundation for his understanding, in the remainder of his book he takes it as an archetypical prescription from which no variance can be accepted. He has pre-conceived the conclusion that the OT foundation alone enables understanding of the “true nature” of prophecy.

This way of understanding Scripture is at odds with the method known as ‘Biblical theology’.

Some comments from Graeme Goldsworthy remind us of important principles:

p.69 “As Christians we must return to the principles of OT interpretation dictated by the NT.”

p.158 “… it is the later fulfilment which must interpret the real significance of the earlier expressions”

Other scholars have purposefully applied these principles to the matter of prophecy.

Another objection to prophecy as gift practiced today is based on Ephesians 2:20 “… having been built upon the foundation of the apostles and prophets, Christ Jesus himself being the corner stone …”. The understanding offered is that foundations are made once then not tampered with if a building is to remain sound, and this is taken to mean that post-Biblical prophecy should not be accepted. However, two points shake the validity of this understanding:

If these gifts are ignored, what is the loss?

This is a pragmatic question which some have used to decide the significance of spiritual gifts in church today. While it is useful for examination and analysis of the issue, it is not a question that should determine our understanding.

As mentioned earlier, the Bible informs us that spiritual gifts are only positive, so if they are ignored, the resulting loss is of benefits outlined in Scripture, for example:

It is important to note that if there is loss, the error lies not with the gift, but with the user, which 1 Corinthians chapter 13 makes very clear.

In light of the above, it is time to review our understanding and attitude to the practice of spiritual gifts. This would require grappling with the scriptural concepts afresh without favour or prejudice from the accepted views, and it would require carefully and fully considering how spiritual gifts should be practiced within the church today.