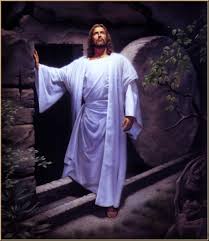 The Resurrection of Jesus

I spoke recently at a major Canadian university on the existence of God.  After my talk, one slightly irate co-ed wrote on her comment card, “I was with you until you got to the stuff about Jesus. God is not the Christian God!”

This attitude is all too typical today.  Most people are happy to agree that God exists; but in our pluralistic society it has become politically incorrect to claim that God has revealed Himself decisively in Jesus.  What justification can Christians offer, in contrast to Hindus, Jews, and Muslims, for thinking that the Christian God is real?

The answer of the New Testament is:  the resurrection of Jesus.  “God will judge the world with justice by the man He has appointed.  He has given proof of this to all men by raising him from the dead” (Acts 17.31).  The resurrection is God’s vindication of Jesus’ radical personal claims to divine authority.

So how do we know that Jesus is risen from the dead?   The Easter hymn writer says, “You ask me how I know he lives?  He lives within my heart!”   This answer is perfectly appropriate on an individual level.  But when Christians engage unbelievers in the public square—such as in “Letters to the Editor” of a local newspaper, on call-in programs on talk-radio, at PTA meetings, or even just in conversation with co-workers, then it’s crucial that we be able to present objective evidence in support of our beliefs.  Otherwise our claims hold no more water than the assertions of anyone else claiming to have a private experience of God.

Fortunately, Christianity, as a religion rooted in history, makes claims that can in important measure be investigated historically.  Suppose, then, that we approach the New Testament writings, not as inspired Scripture, but merely as a collection of Greek documents coming down to us out of the first century, without any assumption as to their reliability other than the way we normally regard other sources of ancient history.  We may be surprised to learn that the majority of New Testament critics investigating the gospels in this way accept the central facts undergirding the resurrection of Jesus.   I want to emphasize that I am not talking about evangelical or conservative scholars only, but about the broad spectrum of New Testament critics who teach at secular universities and non-evangelical seminaries.  Amazing as it may seem, most of them have come to regard as historical the basic facts which support the resurrection of Jesus.  These facts are as follows:

FACT  #1:  After his crucifixion, Jesus was buried in a tomb by Joseph of Arimathea.

This fact is highly significant because it means, contrary to radical critics like John Dominic Crossan of the Jesus Seminar, that the location of Jesus’ burial site was known to Jew and Christian alike.  In that case, the disciples could never have proclaimed his resurrection in Jerusalem if the tomb had not been empty.  New Testament researchers have established this first fact on the basis of evidence such as the following:

“For I delivered to you as of first importance what I also received:

Paul not only uses the typical rabbinical terms “received” and “delivered” with regard to the information he is passing on to the Corinthians, but vv. 3-5 are a highly stylized four-line formula filled with non-Pauline characteristics.  This has convinced all scholars that Paul is, as he says, quoting from an old tradition which he himself received after becoming a Christian.  This tradition probably goes back at least to Paul’s fact-finding visit to Jerusalem around AD 36, when he spent two weeks with Cephas and James (Gal. 1.18).   It thus dates to within five years after Jesus’ death.  So short a time span and such personal contact make it idle to talk of legend in this case.

For these and other reasons, the majority of New Testament critics concur that Jesus was buried in a tomb by Joseph of Arimathea.  According to the late John A. T. Robinson of Cambridge University, the burial of Jesus in the tomb is “one of the earliest and best-attested facts about Jesus.”1

FACT #2:  On the Sunday following the crucifixion, Jesus’ tomb was found empty by a group of his women followers.

Among the reasons which have led most scholars to this conclusion are the following:

One could go on, but I think that enough has been said to indicate why, in the words of Jacob Kremer, an Austrian specialist in the resurrection,

“By far most exegetes hold firmly to the reliability of the biblical statements concerning the empty tomb.”2

FACT #3:  On multiple occasions and under various circumstances, different individuals and groups of people experienced appearances of Jesus alive from the dead.

This is a fact which is almost universally acknowledged among New Testament scholars, for the following reasons:

Even Gerd Lüdemann, the leading German critic of the resurrection, himself admits,

“It may be taken as historically certain that Peter and the disciples had experiences after Jesus’ death in which Jesus appeared to them as the risen Christ.”3

FACT #4:  The original disciples believed that Jesus was risen from the dead despite their having every predisposition to the contrary.

Think of the situation the disciples faced after Jesus’ crucifixion:

Despite all this, the original disciples believed in and were willing to go to their deaths for the fact of Jesus’ resurrection. Luke Johnson, a New Testament scholar from Emory University, muses,

“some sort of powerful, transformative experience is required to generate the sort of movement earliest Christianity was . . . .”4

“that is why, as a historian, I cannot explain the rise of early Christianity unless Jesus rose again, leaving an empty tomb behind him.”5

In summary, there are four facts agreed upon by the majority of scholars who have written on these subjects which any adequate historical hypothesis must account for:  Jesus’ entombment by Joseph of Arimathea, the discovery of his empty tomb, his post-mortem appearances, and the origin of the disciples’ belief in his resurrection.

Now the question is:  what is the best explanation of these four facts?  Most scholars probably remain agnostic about this question.  But the Christian can maintain that the hypothesis that best explains these facts is “God raised Jesus from the dead.”

In his book Justifying Historical Descriptions, historian C. B. McCullagh lists six tests which historians use in determining what is the best explanation for given historical facts.6  The hypothesis “God raised Jesus from the dead” passes all these tests:

Now this puts the sceptical critic in a rather desperate situation.  A few years ago I participated in a debate on the resurrection of Jesus with a professor at the University of California, Irvine.  He had written his doctoral dissertation on the resurrection, and he was thoroughly familiar with the evidence.  He could not deny the facts of Jesus’ honorable burial, empty tomb, post-mortem appearances, and the origin of the disciples’ belief in the resurrection.  So his only recourse was to come up with some alternate explanation of those facts.  And so he argued that Jesus of Nazareth had an unknown, identical twin brother, who was separated from him as an infant and grew up independently, but who came back to Jerusalem at the time of the crucifixion, stole Jesus’ body out of the tomb, and presented himself to the disciples, who mistakenly inferred that Jesus was risen from the dead!  Now I won’t bother to go into how I went about refuting this theory.  But I think the example is illustrative of the desperate lengths to which scepticism must go in order to refute the evidence for the resurrection of Jesus.  Indeed, the evidence is so powerful that one of the world’s leading Jewish theologians, the late Pinchas Lapide, who taught at Hebrew University in Israel, declared himself convinced on the basis of the evidence that the God of Israel raised Jesus of Nazareth from the dead!7

The significance of the resurrection of Jesus lies in the fact that it is not just any old Joe Blow who has been raised from the dead, but Jesus of Nazareth, whose crucifixion was instigated by the Jewish leadership because of his blasphemous claims to divine authority.  If this man has been raised from the dead, then the God whom he allegedly blasphemed has clearly vindicated his claims.  Thus, in an age of religious relativism and pluralism, the resurrection of Jesus constitutes a solid rock on which Christians can take their stand for God’s decisive self-revelation in Jesus.