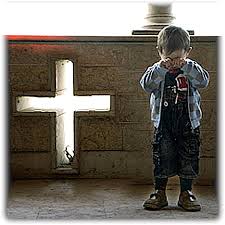 The Christian death toll is rising around the world. Recently 83 parishioners were killed in twin suicide blasts that ripped through the historic All Saints Church in Peshawar. Built to look like a mosque, with its dome and minarets, such considerations are of little concern to the militant group Jandullah, a Taliban offshoot that claimed responsibility.

While stories of bomb blasts on this scale occasionally get into the news, the ongoing and pervasive oppression of Christians does not. In January, Open Doors, an organisation that supports oppressed Christians, released a report that estimated 100 million Christians are persecuted around the world. That figure was buttressed by the respected research organisation, The Pew Forum on Religion and Public Life, which reported, “Christians have suffered harassment by the state and/or society in 133 countries – that’s two thirds of the world’s nation states – and suffer in more places than any other religious group.”

Paul Marshall, who will be coming to Australia in October as a keynote speaker at the International Symposium of Religion Journalism co-hosted by Griffith University and the ABC, is a Senior Fellow at the Hudson Institute for Religious Freedom. He travels the world investigating the situation of religious groups and individuals and has compiled his findings in the book Persecuted: the Global Assault on Christians, co-authored with Lela Gilbert and Nina Shea. It gives a detailed account of the extremely difficult and often lethal conditions under which Christians live in many countries where assembling to pray or possessing a Bible can be an illegal act.

Most people know that Communist North Korea and Sunni Muslim Saudi Arabia, followed closely by Shia Iran, are among the most oppressive regimes to Christians as well as other religious groups. However, countries in the former Soviet Union, which enjoy some recognition of religions other than the official church or mosque, impose onerous systems of registration that are designed to be impossible to navigate and effectively stifle religious freedom. The house raids, fines, confiscation of property and imprisonments documented inPersecuted are routine events in countries such as Uzbekistan, Turkmenistan, Belarus, Tajakistan, Kazakhstan, Krygyzstan and Russia itself.

Although Marshall documents the persecution of Christians, he puts their plight in a larger context and also reports on the systematic discrimination against other religious groups. For example, Hindus in the Buddhist country of Bhutan were stripped of their citizenship, forcing 100 thousand of them to flee to Nepal where, in 2010, 70,000 remained in refugee camps. Hindus were by far the biggest non-Buddhist group in Bhutan, but Christians, who make up 1-2% of its 750,000 population, are not legally recognised at all and cannot have church buildings or cemeteries. Nepal also does not recognise Christianity.

Sri Lanka, which boasts a “pure” Theravada Buddhism, favours it over all other religions, much to the detriment of Hindus (which led to a bitter and drawn out civil war). However, Christians also have been subject to regular violent religiously motivated attacks, including targeted assassinations of priests and pastors. In 2003, the burial of anti-Christian Buddhist monk Soma Thero on Christmas Eve prompted a wave of church burnings, fire bombings, desecrations – in all, nearly 200 violent attacks. More than 140 churches were forced to close.

In fact, the assault on religious freedom is one of the most important trends in the world today, yet it remains under-reported and even ignored by most secular media outlets. The reasons are various and will be explored at the upcoming Symposium. But it is worth stating that in countries where regular violence is occurring against minorities, such as Pakistan, government controlled newspapers choose to minimize reporting on the pretext that it could inflame further hostilities. But human rights reporter Waqar Gillani, a Shia Muslim in Pakistan who has reported on attacks against Christians, Hindus and Shia Muslims, told me that the real reason that his reporting brief is resisted is because it is considered anti-Muslim and pro-Western.

In Indonesia, the editor of the Jakarta Post, Endy Bayuni, who will also be speaking at the Symposium, recalled being brought into the Ministry of Foreign Affairs when he reported on violence against religious minorities, such as Christians and Ahmadiyyas. The government’s official policy of “tolerance” toward religious minorities was more important to uphold in the public eye than reporting on its egregious failures. Again, the usual argument is proffered that exposing the conflicts might inflame more hostilities, but Bayuni explained that without raising awareness of the problem it cannot be solved.

Australia by comparison is a much freer environment in which senior religion writer Barney Zwartz, the religion editor of The Age, fearlessly reports on the problems that are currently dogging the Roman Catholic Church – for example, the Royal Commission of Inquiry into Institutional Responses to Child Sexual Abuse. While potentially damaging to the public confidence in religious institutions generally, Zwartz is not hemmed in by the constraints of an “established church” or a shackled press. Yet, with freedom of the press comes other types of censoring, which may be self imposed when the zeitgeist favours one view and when legitimate concerns raised prompt accusations of “phobias” of one kind or another.

Rachael Kohn is the presenter of The Spirit of Things on Radio National.