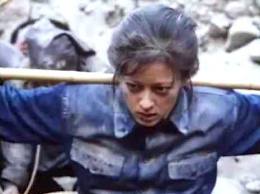 Persecution of the Chinese House Church

You may find the following news of interest

The deputy chairman of the Chinese House Church Alliance has been sentenced to two years in a labour camp for organising unregistered church (“house church”) gatherings.

Pastor Shi Enhao was sentenced to “re-education through labour”, which is an extra-judicial punishment handed out by the police that requires no trial or conviction of a crime. The charge against Pastor Shi is “illegal meetings and illegal organising of venues for religious meetings.” It relates to his large house church of several thousand members, who meet in various sites around Suqian City, Jiangsu. The penalty is often used for those who have committed minor criminal offences or for dissidents and adherents of outlawed religious groups.

Pastor Shi has been under scrutiny for some time. He was arrested on 31 May and held in a detention centre for 12 days; upon his release from there, he was immediately taken away by police to an unknown location. His home was raided on 1 June; books and other written materials were seized. His criminal detention, which launches legal proceedings, was confirmed by police on 21 June. Pastor Shi was initially accused of “using superstition to undermine national law enforcement”.

His church has been ordered to stop meeting, and police have confiscated the congregation’s car, musical instruments and choir robes, as well as 140,000 yuan ($21,700) in donations. All three of Pastor Shi’s daughters and their husbands have been threatened by the police.

The action against Pastor Shi comes as a further sign of the intensifying crackdown on the country’s house churches, according to ChinaAid.

It follows the bold decision of one of Beijing’s largest house churches to hold outdoor services in the capital. Shouwang Church started worshipping in public on Sunday 10 April in protest against being repeatedly blocked by the authorities from renting or buying places to hold services. It is continuing to stage weekly outdoor services despite many of its 1,000 members being detained, placed under house arrest and losing their homes and jobs. There was even a boost in attendance at its 10 July service.

The church has been backed by other house churches across China; in May, pastors lodged an unprecedented petition with the Chinese parliament calling for religious freedom and a peaceful resolution to the conflict involving Shouwang.

The Chinese House Church Alliance is a large umbrella organisation for many thousands of house churches across China. Because house churches refuse to register with the state, the authorities regard them as “unstable social elements” and subject them to various forms of harassment including arrests, building closures and violent attacks. The authorities do permit the practice of Christianity, but only within state-controlled churches, which are tightly controlled