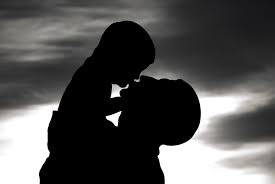 A Father’s letter to his Son

Last night you witnessed a set of presentations regarding rapid evolution in cane toads and snakes, anthropology and a rebuttal of the views of Dawkins in his book “The God Delusion.” My assessment of what boys were saying afterwards was that the Evolutionary Biologist and the Anthropologist easily demonstrated the superiority of an atheistic scientific view of “life, the universe, and everything in it” as opposed to the theistic anti-Dawkins viewpoint of the Theologian and perhaps others who were present. I feel that the necessity and superiority of the Christian world view was not presented adequately. So I write this letter to give you a record of my view.

In the discussion/debate last night the overwhelming impression, despite denials, was that one could have either an atheistic/scientific viewpoint or a theistic/Christian one. I believe each of these is inadequate by itself. The premise of my view is that an authentic Bible-based Christian viewpoint is one where both God and science are complementary and integrated. Science by itself is like going through life hopping on one leg. You need a thoughtful understanding of both to be equipped to think and navigate through life with maturity, freedom and peace. My argument is that one needs an integrated understanding of both God and science to walk on two legs and to be satisfied in life with all its struggles, sadness and joys. Jesus says that he came that we might be free and live life to the full.

God has given science to us to investigate, reason and marvel at the universe within which we live. “The heavens declare the wonder of God, The skies proclaim his works” (Psalm 19:1-2) describes essentially what science helps a Christian to do – marvel at the creator who created all this wonder. The more we discover through the scientific method, the more we marvel at God’s power and majesty as Christians. The paradox is that it has the opposite effect on people like Dawkins. Ask yourself the question why? The Bible answers this paradox – the work of the Spirit.

Scientific reasoning is essentially limited by a number of factors, the most important of which is our human intellect, our instruments, and the fact that through science we can only see within the universe in which we exist. This is a sort of ‘frame of reference’ argument. God exists outside this universe and he is almighty with unimaginable intellect. He therefore knows things that science cannot discover and that human intellect cannot grasp. Therefore, God tells us some of those things things by revealing them to us – this is revelation.

So we can know things in two ways. One is human reasoning through scientific endeavour. The other is God’s revelation of things that are otherwise unknowable (‘mysticism’ is often seen as a third way but I consider it to be simply superstition and nonsense). There are a number of assumptions that atheistic/scientists like Dawkins make that that can never be proven scientifically, and when held onto ‘religiously’ (as Dawkins does) are a form of intellectual dishonesty. That path leads to nihilism and hopelessness. It is these assumptions that that are rejected by equally intelligent Christians who have an integrated scientific outlook. Here are some of them.

It needs to be understood that it is inherently unscientific to argue that if science cannot prove something, then it doesn’t exist. The ancient Greeks didn’t do that because the inquiring mind that seeks to understand using the scientific method begins with the assumption that all things are possible. If the Greeks believed that what they couldn’t see didn’t exist they would not have founded the scientific process that led to the development of instruments that allow us to see beyond our senses. Microbes existed before microscopes, as did super novae prior to telescopes. Gamma radiation existed prior to Geiger-counters, as did sub-atomic particles prior to particle accelerators. This also applies to God. The scientific problem with the existence of God is that His existence can be inferred from scientific observation of things which Dawkins dismisses as randomness, or by documented observation of His miraculous interventions. But by His very nature He cannot be proven scientifically. All Dawkins could honestly say is that God could possibly exist and intervene in His creation but that Dawkins prefers an alternate non-theistic explanation. He can only say God doesn’t exist if he can prove it scientifically which he cannot.

The ancient Greeks were right because they wondered at the universe around them and sought to understand it with reason and rational scientific observation, hypothesis and experimentation. Ultimately, the only difference we have with the Ancient Greeks today is that we have a much longer history of cumulative scientific endeavour upon which to draw. They were also right in that they understood that human reason through science would never allow them to completely understand. So they included philosophy, pantheistic theology and mystery religion to try and understand. But it didn’t satisfy because man could never work these things out himself. It is this that the apostle Paul observes and seeks to correct in Acts 17:16-34 at the Areopagus in Athens – a melting pot place of ideas, discussion and debate. This is our inheritance today as Christians who walk on ‘two feet’, trying to understand our existence and this universe in which we live and die.

We should be using all the information available to us – both scientific reasoning and revelation by God of things science cannot ever see that intimately affect us.

The last thing to understand is that there are two types of theistic knowledge about God. One is an intellectually derived acknowledgement or knowing, and one is knowing God spiritually. Solomon is an example of the former, and his father David is an example of the later. Even miracles won’t sway the ‘wise’ Solomons of this world (Solomon actually spoke to God and the wisdom he asked for and received is essentially a scientific understanding).

By intuition many people acknowledge the truth of the existence of God and may even believe the Bible is trustworthy, consider themselves Christians and be part of Christian Churches, even as leaders. Others just know God is there because they sense Him spiritually – their struggle is to stay connected to God despite the distractions of life. Consider this illustration. You know rain is wet, cold and real. When you think of rain you might consider a scientific explanation for its existence as you feel it falling upon you by recalling the precipitation diagram from high school science. But few of us who know rain do that. That precipitation diagram is not actually why you think the rain is real. Some people may have not experienced rain, but they believe it’s real because they recall the precipitation diagram from school which they were taught. They believe but don’t know. You know and you believe. It is the same with the spiritual awareness of God. Once you are aware spiritually, science alone will not satisfy. Interpretations of the universe which exclude God will not satisfy. If that is you, then you are a Christian, and Dawkins has failed you.

I note the very brief review of Dawkins book. I personally found that that some of Dawkin’s arguments in his book were a little strained to say the least. This irked me a fair bit but I plodded through much of it. It’s actually easy reading. The short review by thedebriefing.net sums up my view though I would say that Dawkins seems to have an atheistic agenda that most reviewers elsewhere don’t identify. I’m not being critical of thedebriefing.net review here! It seems to me to be more honest if Dawkins just presented those bits of science that suited him… Read more »

Agios Dimitrios thanks for your post. I’m moving it to a post specifically concerned with Dawkins book rather than the letter.