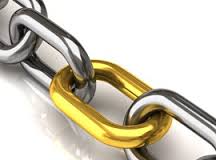 These links are interesting. Some are tools, and some are expressing a viewpoint. We don’t necessarily agree with everything to be found there.

These websites document the persecution of Christians

A reality check for those in the West who live like the proverbial “ostrich with it’s head in the sand“. These things are rarely reported in the western media because it is ‘politically incorrect’ to do so, and journalists/new outlets have too much to lose for doing so. Therefore, where possible, this website will post links that document persecution of Christian people, thought and life. Note that thedebriefing.net doesn’t necessarily agree with particular views expressed in these websites but we share the sentiment and concern.

Unfortunately, it appears that most Christian’s in the west would rather seek an alternate reality in materialism, sport, entertainment or computer-games than try and come to terms with this reality in the world today.

Another way of seeing things Christian

http://www.josephus.org/home.htm#Testimonium. The author has been thorough in his analysis of the literary works of Josephus. A helpful apologetic resource for those who seeking early non-Christian, extra-biblical corroboration of the historicity of the bible. Thanks to aristotleO [editor]

The Bible Project  Visual Storytelling Meets The Bible “Our mission is to show how the Bible is a unified story that leads to Jesus.”